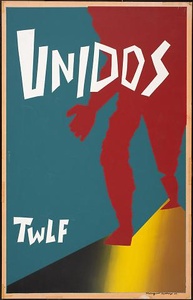 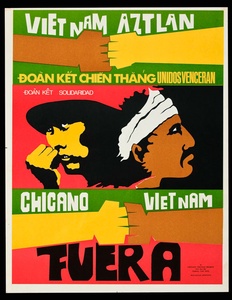 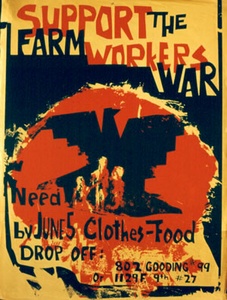 MALAF Poster in support of the UFW

The Mexican American Liberation Art Front (MALAF) was a Chicano artist's collective that was based out of Jingletown in the Fruitvale District. MALAF was one of the first Chicano art collectives in the country; some have said that Oakland was the birthplace of Chicano art groups during the Chicano movement of the late '60's and early '70's. Chicano artist Malaquias Montoya founded the group along with Manuel Hernandez, Esteban Villa, and Rene Yañez.  The latter two artists were students at California College of the Arts.

The stated goal of the collective was “organizing Chicano artists who are interested in integrating art into the Chicano social revolution sweeping the country."

In 1969 the MALAF held an important exhibition in Oakland: "New Symbols for La Nueva Raza" at La Causa Center which led to the founding of the Galería de la Raza, based in San Francisco. This was the first Chicano exhibit ever. The Royal Chicano Air Force in Sacramento was also modeled after MALAF.

MALAF was one of the main poster producers for various protest events and movements. The posters they made included posters for the Chicano movement  and the grape boycott led by Cesar Chavez and the UFW as well as many of the posters for the 1969 Third World Liberation Front strike at UC Berkeley and posters for the anti-war movement. MALAF also made some murals in Oakland including the mural in Clinton Park that is still here today.