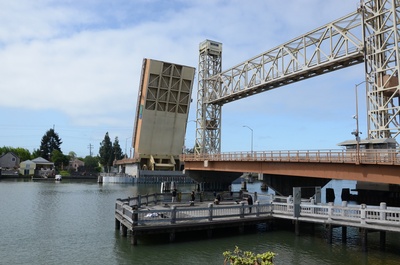 The Miller-Sweeney Bridge was opened on December 12, 1973 after being built by the U.S. Army Corp of Engineers. It is next to the Fruitvale Railroad Bridge. It is one of several vehicle bridges between Oakland and Alameda. 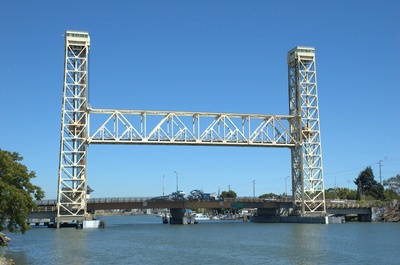