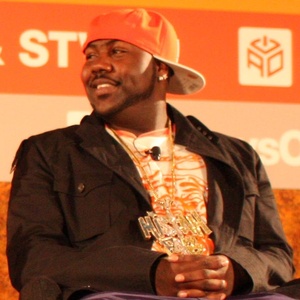 photo CC-A by Brian Solis, www.briansolis.com and bub.blicio.us via WikipediaMistah F.A.B. (aka Stanley Peter Cox) (born January 23, 1982) is an Oakland-born rapper. His stage name is an acronym for Money Is Something To Always Have—Faeva After Bread.

February 8, 2014, was declared Stanley Cox aka Mistah F.A.B. Day~ by Mayor Jean Quan. 1 He was honored because of his extensive charity work in Oakland: he holds an annual back-to-school backpack giveaway, a Thanksgiving turkey giveaway and a Christmas toy drive.2