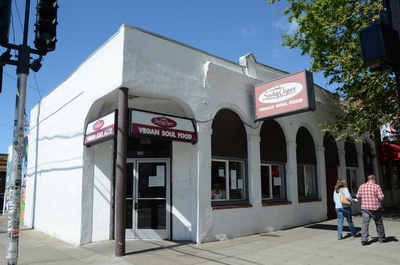 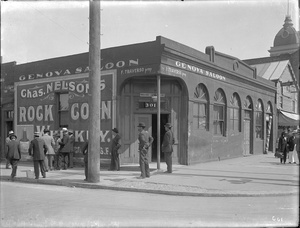 
The building which originally housed Mme. de St. Germain's Oenophile Store was built in 1857, and is located at 301 Broadway in the Jack London Square neighborhood. The structure is presumed to be the oldest building in the City of Oakland, and is currently the home of the Souley Vegan restaurant. Note that the 1886 Sanborn map for the area (included in the online version of the Chronicle article below) shows that the building's address at that time was 701 Broadway - another example of the address changes that have occurred in many parts of Oakland over the years.