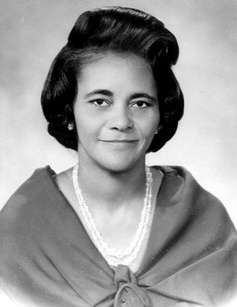 Mother Mary Ann Wright ("Mother Wright") (July 11, 1921 – May 7, 2009) for almost three decades fed those in need in Oakland and beyond, starting with one meal a week, all she could afford with food purchased from her Social Security checks. She melded dedication, faith and goodwill into the Mother Mary Ann Wright Foundation, which fed more than 450 people a day on a shoestring budget of $137,000 a year.

Mother Wright, a devout Catholic, accepted no pay and was assisted primarily by her daughters. In 2005, the national Caring Institute in Washington, D.C., named her to its Hall of Fame for Caring Americans.

Born July 11, 1921, raised in Louisiana, grew up poor, lost her mother when she was only 5 years old, raised by her father. In 1950, she fled an abusive husband and took her nine children by train to Oakland where other relatives lived. Mother Wright remarried, family increased to 12 children, worked two jobs to support her family.

In 1983 at the age of 63, Mother Wright started feeding the homeless once a week on Saturdays Downtown at Jefferson Park, supported by her $236 Social Security check.

In 1989 she was given Oakland's Mother of the Year Award. 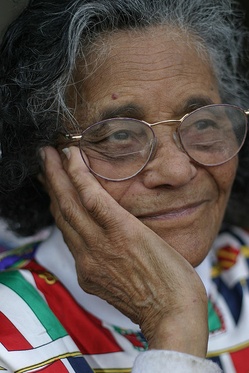 So beloved was Mother Wright that her body laid in state in the Jewett Ballroom of the downtown Marriott Hotel.  Her Memorial service was held at the Oakland Convention Center with Oakland Mayor Ron Dellums and State Attorney General Jerry Brown were among the speakers. Lots of people were there to salute the woman who spent decades feeding the homeless and hungry.  Mother Wright's funeral services at Acts Full Gospel, COGIC in East Oakland.

A mural of Wright was painted by the Community Rejuvenation Project on the side of People's Grocery. 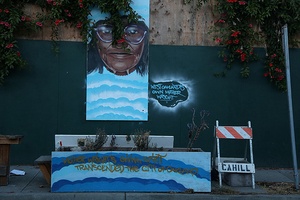