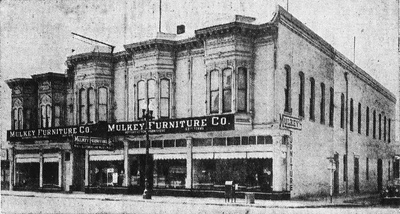 1928 adMulkey's Furniture (also known as Mulkey Furniture Company and originally Mulkey Mattress Company) was a long-time business at 607 East 12th Street. It was started by Vaughn D. Mulkey in 1919. In later years, the building apparently had a huge chair on the roof to advertise the business. [ need photo ]

Initially the business just made mattresses, but started making and selling all sorts of furniture in 1928. 2 In addition to their main store and factory, in 1927 they also had stores at 638 Grand Avenue and 3320 East 14th Street. 3 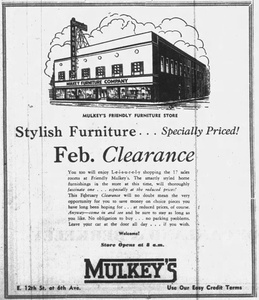 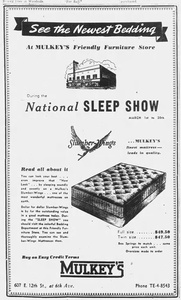 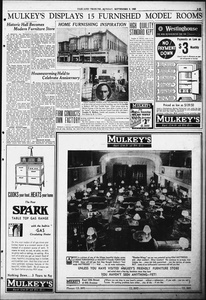