The Municipal Boathouse was originally the High Pressure Pumping Station #1, built in 1909. 1 The pumping station was to be an emergency water source in case of fires like those that devastated San Francisco after the 1906 earthquake. The architects for the original structure were John Galen Howard and John Debo Galloway. The wings with the boathouses, designed by Walter Reed, were added in 1913. The pumping station closed around 1955, since alternate sources of emergency water were available, and to avoid the cost of extensive renovation that was then required. The main portion of the building was then converted into City office space, mainly for the Recreation and Parks Department.

Municipal Boathouse
photo from Our Oakland

On June 7, 2005, the Municipal Boathouse - High Pressure Pumping Station #1 was designated Oakland Landmark #139, under Zoning Case #LM05-067. The building had become run down over the years, mainly due to deferred maintenance. After five years of renovation work, mostly funded by Measure DD, the building reopened in 2009. 1 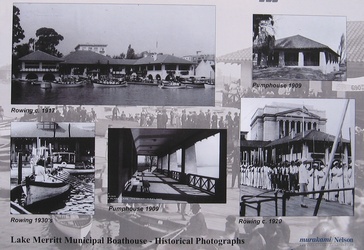 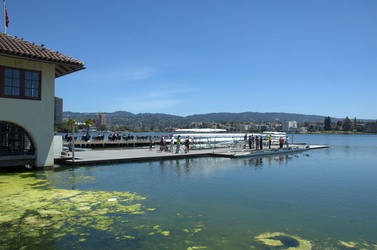 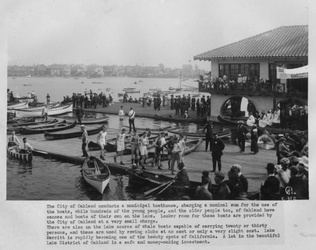 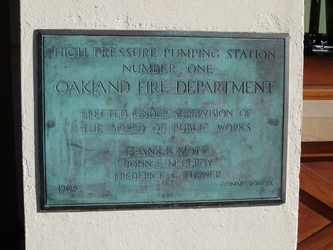 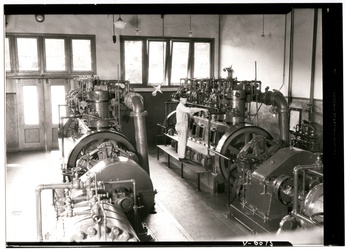