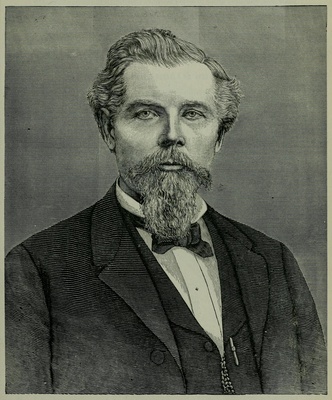 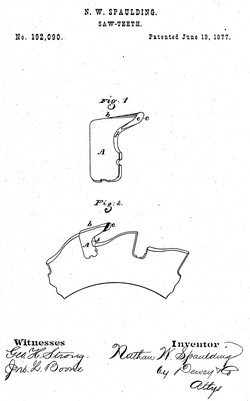 Spaulding was born in Maine on September 24th, 1829, the oldest of eight boys. His father was a teacher and a "practical mechanic." Spaulding was a large man at 6'3" and 220 lbs. While on the East Coast, he learned the trades of carpenter, builder and millwright. He also worked at a saw factory.

Spaulding came to California in 1851. He worked at a sawmill and then built the first hotel by the Mokelumne River in 1852. In 1854 he married Mary Theresa Clinkenbeard. Shortly afterwards, the hotel burnt down and Spaulding started another sawmill. He then moved to the town of Clinton in Amador County, Northern California, and built another sawmill. In 1859, Spaulding and family moved to Sacramento and opened a store that manufactured and repaired saws. Eventually he invented his own type of saw with adjustable teeth. The saw allegedly "revolutionized the circular saw" and made Spaulding a household name. He also invented a chisel-bit saw-tooth used in dentistry.

In 1861, Spaulding moved his factory to San Francisco and in 1865, with C. P. Sheffield and James Patterson, created the Pacific Saw Manufacturing Company which which manufactured and sold all types of saws. 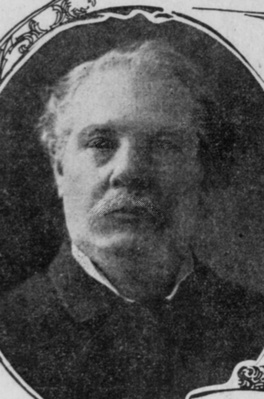 Spaulding came to California in 1851. He married Mary Theresa Clinkinbeard (Spaulding) (February 26, 1838–August 13, 1904) on May 25, 1854 in Campo Seco, California. After a fire destroyed the hotel and all but destroyed the town, Nathan and Mary moved to the town of Clinton in Amador County. Nathan and Mary had had 10 children, but 3 died in infancy and only 6 outlived them.

In 1868, the Spauldings moved to Oakland. Nathan built two mansions, one at 9th and Madison, and later one in Highland Park at what was then identified as 666 East 25th Street, but has since been renumbered to 1338 E. 25th Street.3  The latter mansion was apparently demolished between 1892 and 1900; the 1892 book listed below implied that Mr. Spaulding lived in Highland Park in 1892, but the house now at this location (with approx. 2000 sq. ft. and definitely not a mansion) was supposedly built in 1900.  Note also that the area was subdivided pursuant to "Map of Frost's Thirteenth Avenue Tract" filed in 1893.

Spaulding was Mason, and reached the rank of a 33rd-degree Mason. He served as the high priest of the Alameda Chapter of the Royal Arch Masons, attaining the rank of grand high priest of California. 5 He was the first master of the Free & Accepted Masons Lodge #188, and was elected six times. He was close friends with his fellow Masons Enoch Pardee and his son George Pardee. 8

Most publications and records referred to Mr. Spaulding as Nathan, which may explain why some sources spell his full first name as Nathanial, while others use the spelling Nathaniel.

In 1881, President Garfield appointed Spaulding to the position of Assistant United States Treasurer of San Francisco. He served from May, 1881 to August, 1885. 3, 6

Spaulding died of malarial fever in New Britain, Connecticut on October 8th, 1903 while on a business trip. Nathan and Mary are buried in Mountain View Cemetery in the Spaulding family lot in plot 6. Also buried there are daughter Esther, son William, daughter Nancy and her husband, Edward, daughter Lydia, son George, and grandson Merrill (son of Madora).

In March, 2014, the local Masons re-landscaped the lot, and rededicated Spaulding's grave with a new marker. 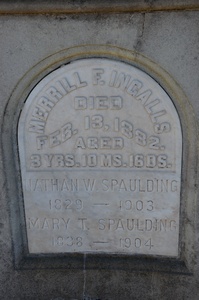 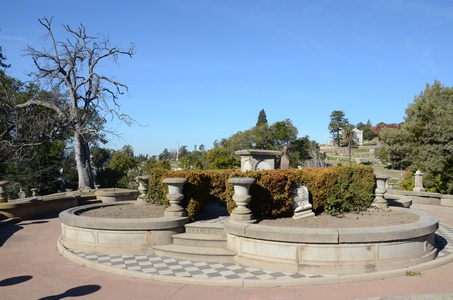 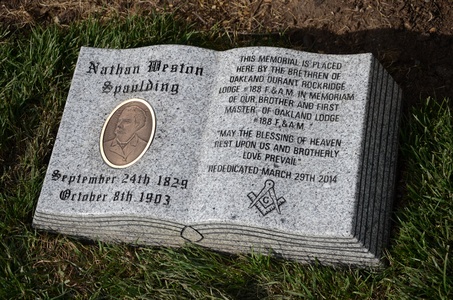