New Bea's Hotel is (or was) a residential hotel in West Oakland at 1751 16th Street, across the street from Southern Pacific's 16th Street Station. The first hotel in this location was called Bea's Hotel by its owner, Ivarene Beatrice Lett. When she sold the hotel in 1984, part of the deal was that the new owner keep the name. It is not clear whether the hotel is still in operation, although the signage is still in place. Although other buildings on this block were demolished as part of the Central Station project, this building was retained.

Question: Is this hotel still operational?

Yes, it is. I live on 10th and see people entering in and out as well as light turned on inside.

In 2009, Ms. Lett was murdered in her apartment near Lake Merritt -- becoming the oldest homicide victim ever in Oakland. 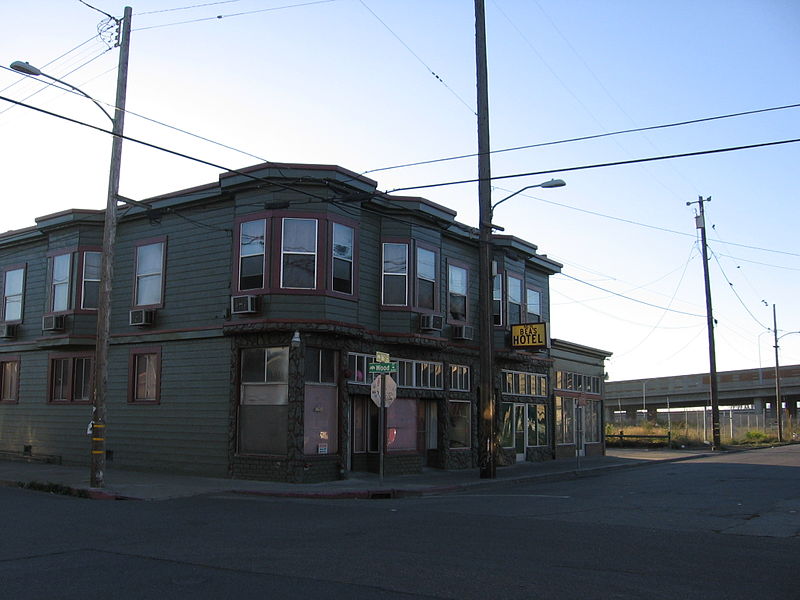 By Pedro Xing (Own work) [CC0], via Wikimedia Commons 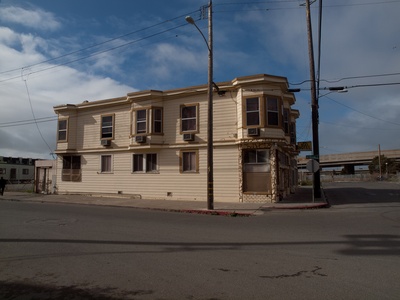 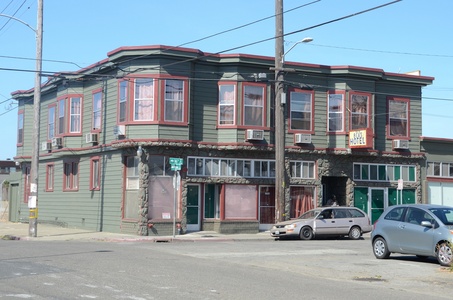