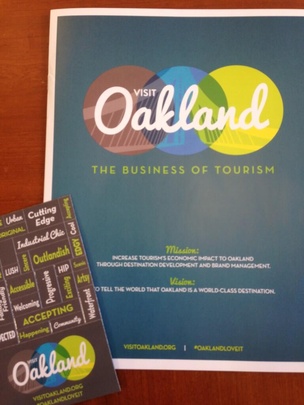 Outlandish! Hip! Accepting! Industrial chic! Cutting edge! This photo shows the new Oakland logo created by Visit Oakland, the city's tourism bureau. It was unveiled in March, 2014. (photo by @lynettegm)As long as there's been an Oakland, people have been trying to get people to move to it, visit it, and think it's great.

Much of the original Oakland Boosterism was done by land developers and real estate agents—if you want to sell land, you need people to want to move to Oakland and buy it. Now much of the boosterism is focused on tourism and getting people to visit.

In August, 2013, the Oakland History Room had a display of "100 Years of Boosterism" of various booster programs and artifacts of the past. Photos CC SA-BY Our Oakland. 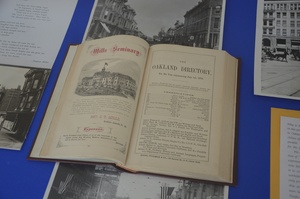 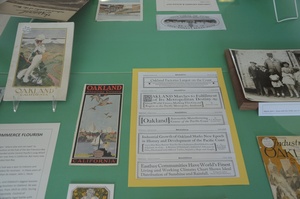 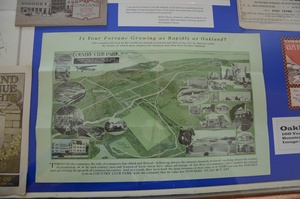 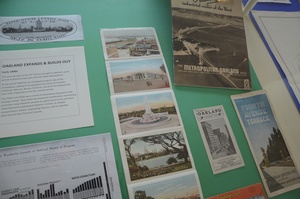 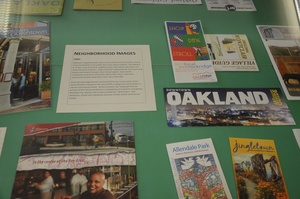 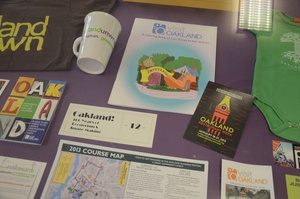 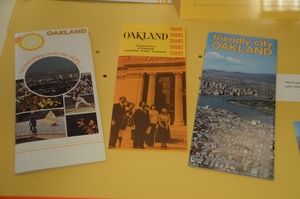 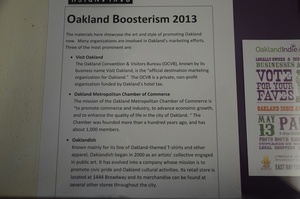 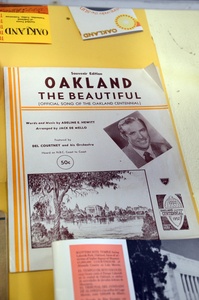 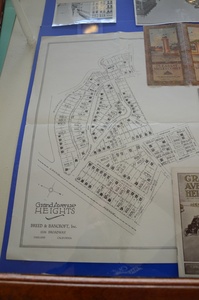 This 1928 silent film reel put together by local developer Wickham Havens has some aerial photography of early Oakland along with the boosterism about "where air, rail, and water meet".