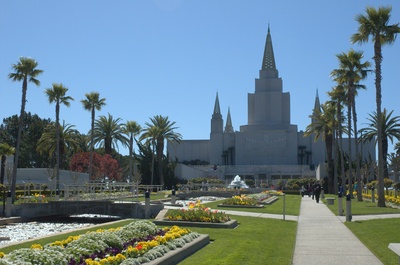 The Oakland California Temple (Mormon Temple) is the 13th temple of the Church of Jesus Christ of Latter-Day Saints which shines like a beacon on a nightly basis up in the East Oakland hillside.

One of the buildings on the Temple site is the Oakland California Family History Center.

"The Oakland (California) Regional Family History Center is one of the largest and most accessible centers for genealogical research in California, with over 9,000 volumes of books, periodicals, family histories, city and county histories, city directories, plus over 37,000 reels of microfilm and 9,000 microfiche containing millions of local vital records and historical census data from all over the world." 2

The View of Oakland from here... 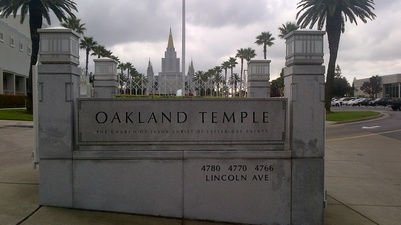 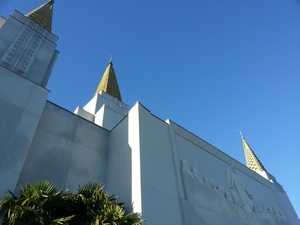 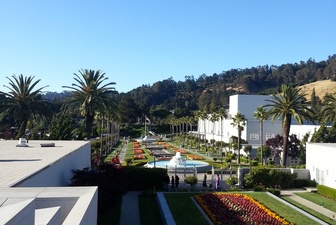 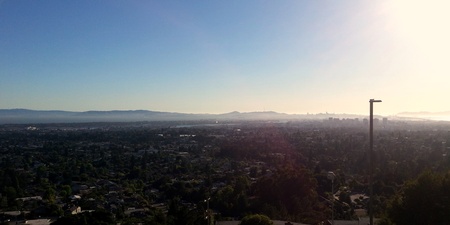 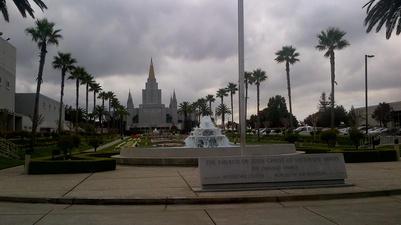 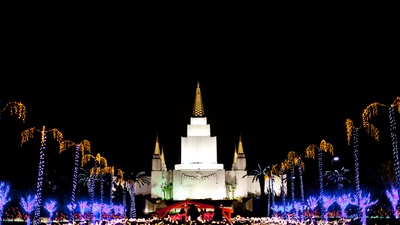