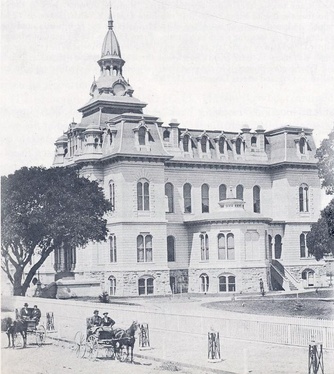 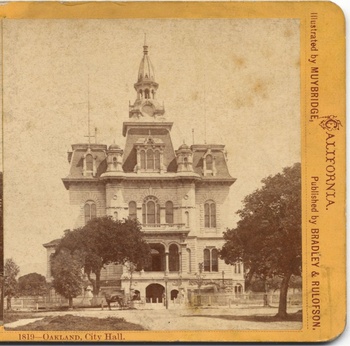 
Oakland City Hall (1869) was the first of Oakland three publicly-owned city halls.  This structure was built at the head of Washington Street (which formerly went to 14th Street) in 1869, but was destroyed by fire on August 25, 1877. The mansard-roofed structure was designed by Samuel Busbee (Bugbee?) and cost $70,000 to $80,000.