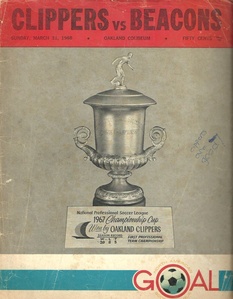 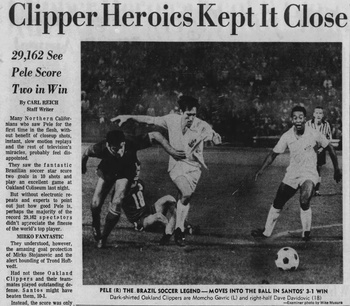 The Oakland Clippers were a professional soccer team that played in the National Professional Soccer League (NPSL) and in 1967 they won the league championship. The next year they joined the North American Soccer League (NASL). In 1969, they became the California Clippers and played an independent schedule. 1

Their opponents in 1968 included Santos F.C. of Brazil, the team of soccer legend Pelé. Santos F.C. beat the Clippers, 3-1, but said they were the best team they'd faced on their U.S. trip. 2,7

The team was owned by Texans by Joseph O'Neil and H.T. (Toby) Hillard. They originally planned to play in San Francisco until general manager Derek Liecty convinced them that Oakland was a better choice than San Francisco's foggy, windy Kezar stadium. 4 Liecty put them in the back of his VW Fastback and drove them across the Bay Bridge to show them the brand-new Coliseum instead. The team was originally to be called the California Clippers, but they bowed to local pressured and switched to the Oakland Clippers. 5 In 1969 when they switched to an independent schedule, they reverted to the California Clippers name. 6

The Clippers were covered for the Oakland Tribune by then cub reporter Dave Newhouse. 3 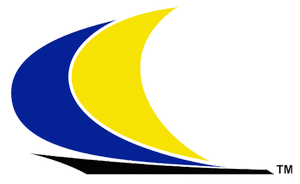