The school was at the corner of Grove Street (now Martin Luther King Jr. Way) and 31st Street. A photograph of the College dated 1920 shows the name "Oakland College of Medicine" obviously added after the photo was taken. The building has since been demolished, but the house behind on the left seems to still be the same in this Google Maps view. 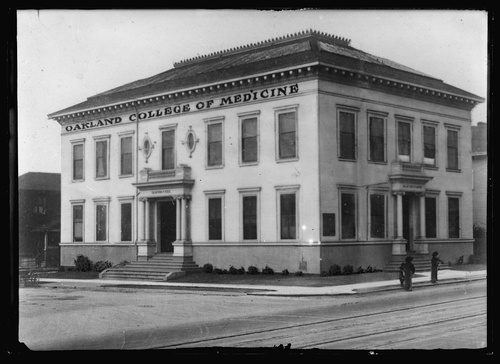 Members of the faculty included:

Judge Henry A. Melvin and H. C. Capwell were scheduled to speak at the opening ceremony in 1904. 4

The college was well-regarded for many years, receiving top ratings. But in 1920, the Journal of American Medicine (JAMA) rated it class C - "colleges requiring a complete reorganization to make them acceptable." 3 In 1921, there was only one graduate. 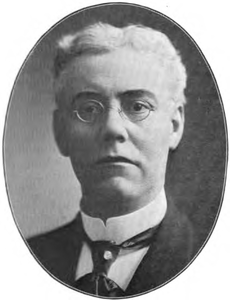 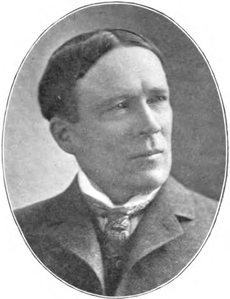 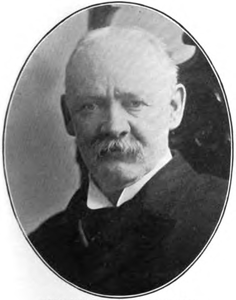 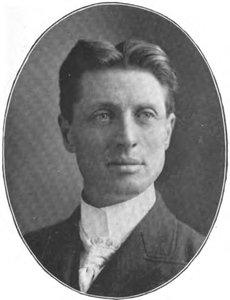 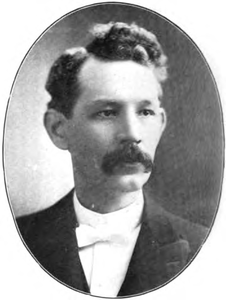 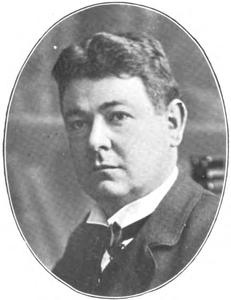 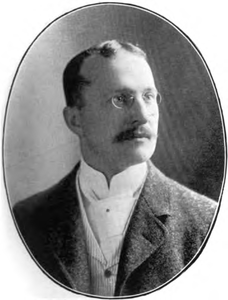