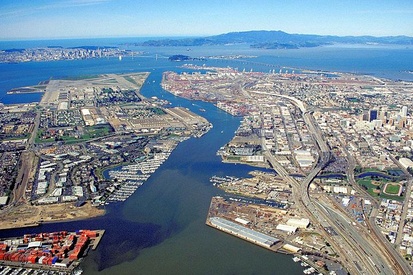 The Oakland Estuary, or the Estuary, is an inlet of the San Francisco Bay lying between Oakland and Alameda. It borders the Inner and Middle Harbors of the Oakland maritime complex.

The Estuary was historically called San Antonio Creek, in which "creek" has its ancient meaning of a tidal inlet with navigable water. "San Antonio" came from the name of the Peralta rancho. The creek had a northern arm called San Antonio Slough, which is today's Lake Merritt, and the creek proper extended to the Peralta family's landing at the foot of today's 14th Avenue in East Oakland. After its reconstruction as Oakland's harbor, between 1874 and 1902, when the Tidal Canal was completed across the peninsula of Alameda connecting the creek with San Leandro Bay, the creek became known as the Estuary. It is only technically an estuary; while it does mix freshwater and seawater, it has almost none of the vibrant biological activity associated with one. 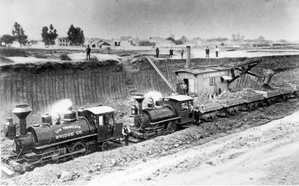