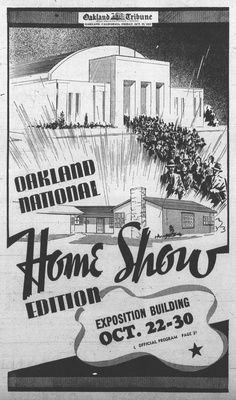 The Oakland Exposition Building was a hall behind the Kaiser Convention Center. The California Garden Show was held there, as well as horse shows, midget car races, and other events.

The building was constructed in 1931, funded using Agricultural District money that comes from horse racing (which also funds county fairs in California). 1 The design was by Reed and Corlett. 2

It was torn down to build some of the infrastructure for BART c.1967. Now the land is part of Laney College. 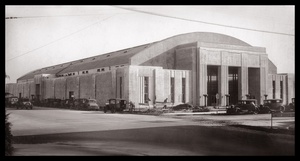 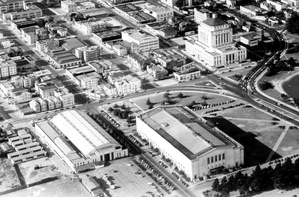