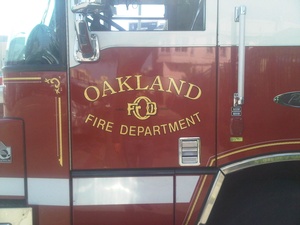 The Oakland Fire Department (OFD) is both the fire and rescue agency for the city of Oakland, California. Currently, the Fire Department is staffed by approximately 420 firefighters, and responds to about 96,000 emergency calls each year, of which more than 80% are medical emergencies.

Three of the most challenging major disasters the Oakland Fire Department has had to respond to have all occurred in the last 30 years: the Caldecott Tunnel Fire on April 7, 1982, the Loma Prieta Earthquake on October 17, 1989, and the Oakland Firestorm in October, 1991.

Teresa Deloach Reed is the current Fire Chief of the OFD. 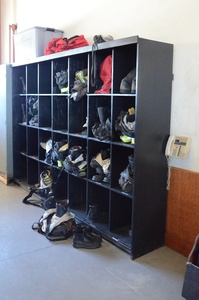 CC SA-BY Our OaklandThe OFD operates in three shifts, A, B and C, on a "one on, two off" schedule: a shift is on duty for 24 hours, then has two days off. Normally firefighters are on a given shift at a given station for extended periods, but sometimes swap shifts to cover staffing needs or for personal time off on a given date.

Firefighters are issued helmets, boots and heavy "turnout" coats and pants which are fire resistant, and include reflective strips to make them easier to see whether in a smokey building or at an accident scene.

In OFD terminology, fire trucks are the long ladder vehicles (tiller ladders, or hook-and-ladder), with a second driver for the rear wheels of the trailer portion, steering from the back. Fire engines are pretty much everything else, though battalion chiefs and the department chief also have specially equipped SUVs, and there are some other specialized vehicles.

Each fire station is home to one or two companies. For example, fire station 20 is a "double" station, home to Engine Company 20 and Truck Company 7. In general, the stations in "the flats" are busier because of proximity to freeways, denser population, and higher rates of violent crimes. Stations in the hills get busier prior to and during wildfire season. The heart of every station is the apparatus bay, where the engines and/or trucks are kept and maintained.

While a shift is on duty, they live at the station, eating, sleeping, doing equipment maintenance, cooking, cleaning, filling out paperwork, exercising, watching TV, doing whatever until the next call comes. The job is physically demanding and sometimes dangerous, but also can have extended periods of inactivity. 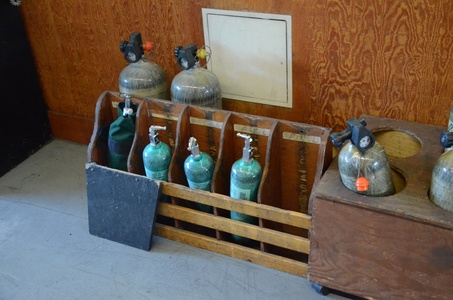 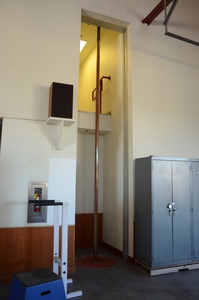 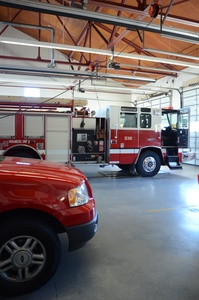