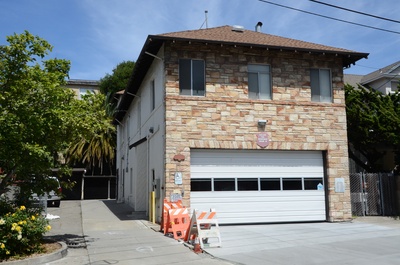 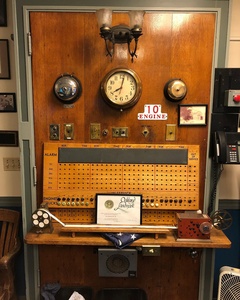 Oakland Fire Station #10 is located at 172 Santa Clara Avenue. The building was originally located at 165 Santa Clara Avenue, but was moved across the street by the WPA in 1936 to allow the extension of Perry Street (later renamed MacArthur Boulevard) to create a more direct route to the Bay Bridge.1 2 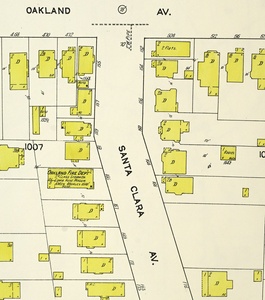 Excerpt from 1911 Sanborn map
(fair use) 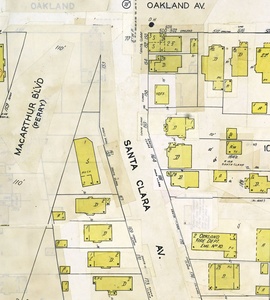 Excerpt from 1950 Sanborn map
(fair use)