Oakland Fire Dept. Station 2 is a currently inactive fire station at Jack London Square. It was built to house the crew for the City of Oakland fireboat. The Sea-Wolf fireboat is moored there now, but is unstaffed.

Fewer wooden warehouses and other structures along the waterfront, the increase of containerized shipping through the port, and improvements in ship-board fire fighting have reduced the need for a fireboat. However, it will likely be needed if the next large earthquake on the Hayward fault damages the water supply. 2

The station is home to the OFD's Emergency Medical Services (EMS) and is used for training. 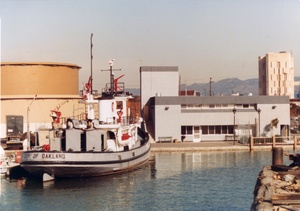 City of Oakland and Station 2 3 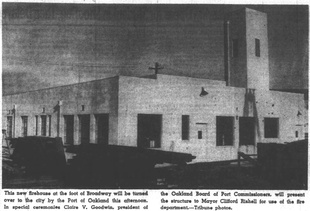