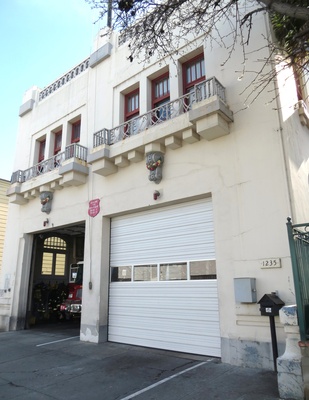 The Brooklyn Firehouse, also known as Oakland Fire Department Station #4, is located in what was once the town of Brooklyn, but was later annexed by Oakland, and is now part of the City of Oakland, California.

The firehouse was designed by Frederick Soderberg in 1909. 1,2 According to Betty Marvin, "The cornice and other classical detailing got removed some time in the mid 20th century."