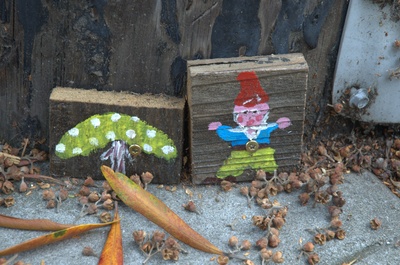 gnome and toadstool
photo CC-A from Our Oakland

The Oakland Gnomes are anonymously-painted gnomes on pieces of wood tacked to the bottom of utility poles throughout the City. There are over 2,300 gnomes painted on utility poles throughout Oakland. 2 In early 2013, the gnomes received a significant amount of press after being featured in the San Francisco Chronicle. 3 A few days after the SF Chronicle article appeared, The Associated Press (AP) picked up the story and identified the artist. 4 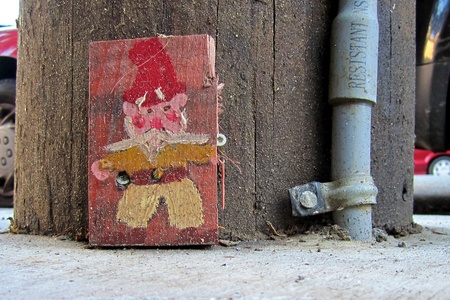 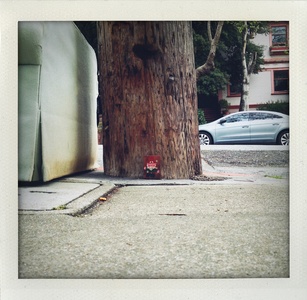 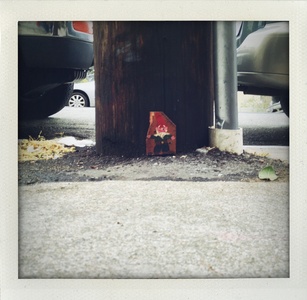 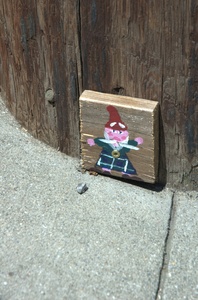 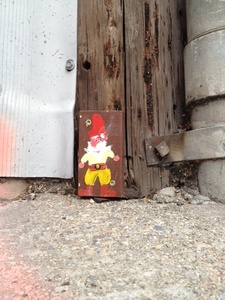 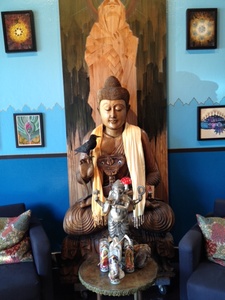 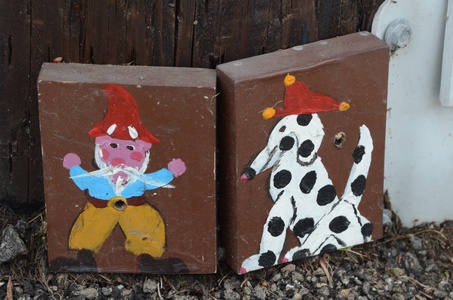 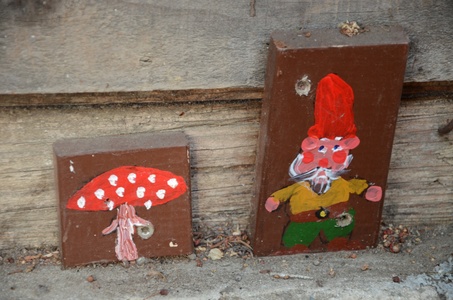 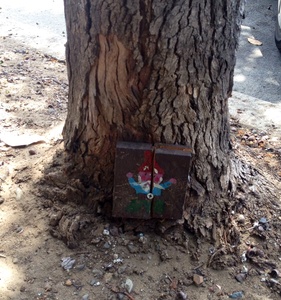 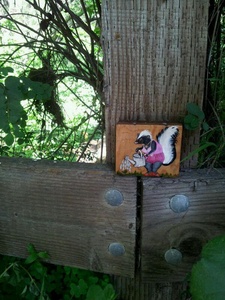 this gardening skunk was spotted at Sausal Creek 4/14 Same artist or interloper? photo courtesy of TastyLatkes 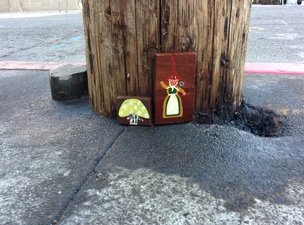 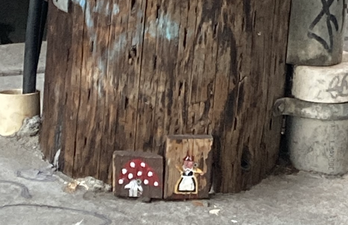 gnome and toadstool, 24th and Telegraph by jazz 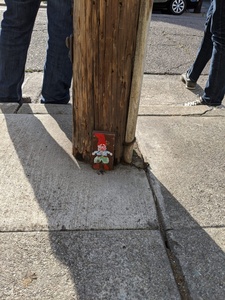 Gnome on Athol and Haddon, Getting some shade on a sunny evening 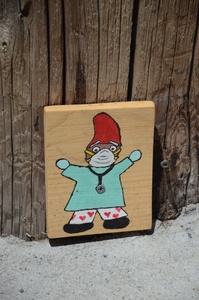 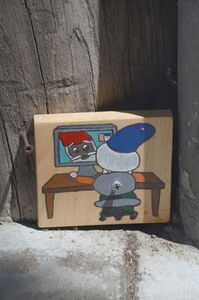 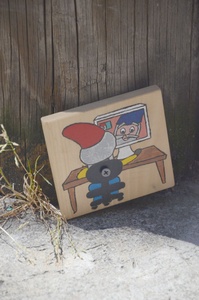