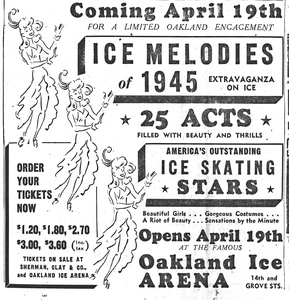 The building was originally constructed as the Twentieth Century Market which opened in 1929.

In addition to ice skating, it was also used for hockey matches in the Industrial Ice Hockey League (IIHL), which included teams Pacific (Gas and Electric) Club, Montgomery Ward and Golden State. 1

The St. Moritz Ice Skating Club was started in Oakland by a group of women in 1931, so that they could book private ice time at the arena. 3 The Skating Club of San Francisco skated at the arena after a 1933 fire destroyed their home rink. 2

In 1944, the city council approved purchasing the building to use as a city garage. 5 It served as headquarters for the Oakland Police Department and the& Oakland Fire Department for many years. The building was demolished in 1964. 6 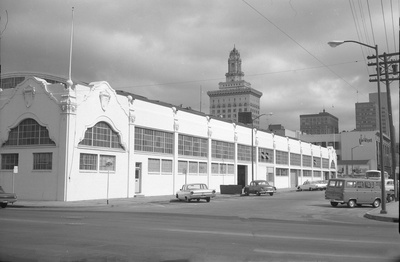