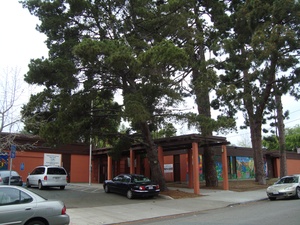 Oakland International High School (OIHS) serves Oakland's immigrant youth population, providing English-language instruction and preparing students to further their education in college.  It is a part of the Oakland Unified School District, and immigrant students who have recently arrived in Oakland are encouraged to enroll in OIHS.

The school is part of the Internationals Network for Public Schools, an organization dedicated to improving the quality of education for newly arrived immigrant students.

The school was founded in 2007 on the campus of Verdese Carter Middle School.

We Are Oakland International is a 2012 book written by OIHS students about their experiences as immigrants in Oakland.

There's a large mural called Stop Global Warming on the outside of the building. On another part of the building are a series of murals that were created in a partnership with CCA: OIHS Murals with CCA. 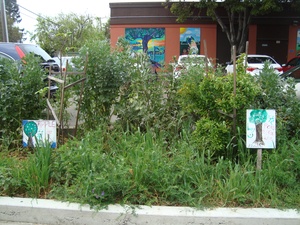