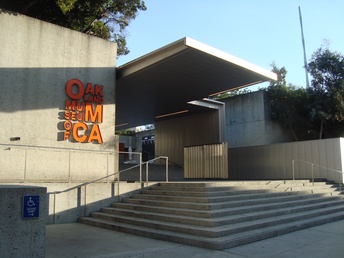 The Oakland Museum of California is an Oakland treasure which officially opened in its present location in 1969.  Created by the City of Oakland when the three smaller local museums merged during the in the mid-1960s: the Oakland Public Museum, the Oakland Art Gallery, and the Snow Museum of Natural History.

There are many hands-on activities in the galleries. All ages are welcome, though children younger than 6 may be more interested in playing in the garden or looking at the Koi in the pond than walking through galleries.

Look at the online collections here

The Oakland Museum of California was the recipient of the East Bay Express Best Museum Readers' Poll Award in 2014 and 2015.

They were also awarded the Best Museum for the People, by the People in 2015 by the editors. 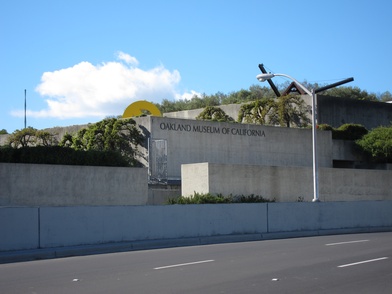