”[Oakland Nights Live is] half Johnny Carson, half Pee-Wee’s Playhouse, half Fresh Air, and all Oakland. We’ve had talks with Oakland public school teachers, Star Trek: TNG re-enactments, call-in relationship advice, a marine biologist, music from giant see-saw violin, a live interview with an astrophysicist from the South Pole, audience presentations, and much much more!”

The Oakland Nights Live crew spends an entire month developing the show’s content, creating its elaborate set and working with the show’s featured guests. A staple of the ONL set is a series of detailed drawings of Oakland buildings, cut out of cardboard. A projector screen marks fantastical interludes between sets (such as video footage of a tongue swishing around a piece of paper announcing the name of the next guest). Signs are held up at different emotive states during the show, including “maniacal laugh”, “awkward cough”, “ooooh”, and the classic “applause”. Audience volunteers participate in Oakland trivia competitions, and best of all: participants may win a cookie! 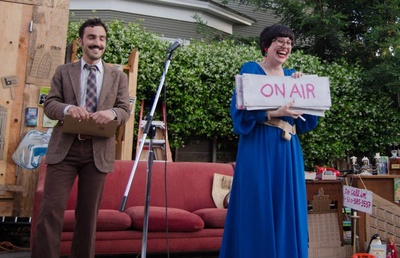 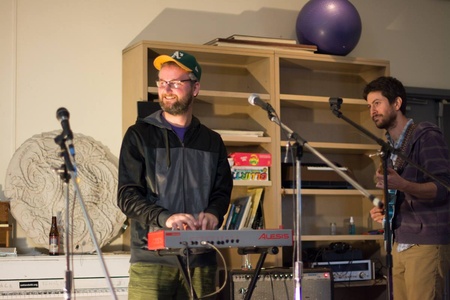 2nd Saturday of the Month

Matlock needs you - to submit cases for the May episode of Oakland Nights...Live! "The Whole Damn System Is Out of Order!"
Submit your case now to be on the show and have 12 of your audience peers will pass down a (im?)partial verdict! Fun! 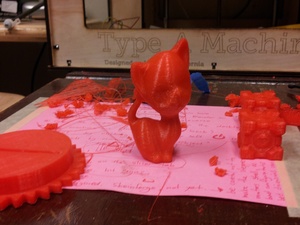 “Spring is here and ON...L! has triumphantly survived the winter! And like the proverbial spring bud or our own technological Darwinian future, it is time to push down the fences and explore the what is possible. Use objects for what they weren’t intended! Creatively explore the world! Hack the planet!” —from the ONL Facebook page 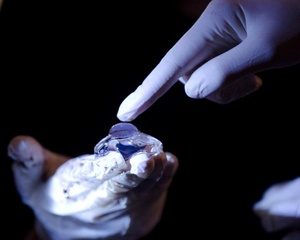 The infamous cow eye. Photo by Joe C.March 16, 2013: The Human Body! Both vomiting and absolutely fascinated audience members got to learn firsthand the internal makeup of a cow’s eye, the science of swallowing (with a professional swallowing and speech therapist), identify different types of body stones and speak with a real-life dermatologist about personal skin stuff.

Makes me think a bit about Creature Features, a late night B-grade sci-fi movies talk show held in Oakland in the 1970s. 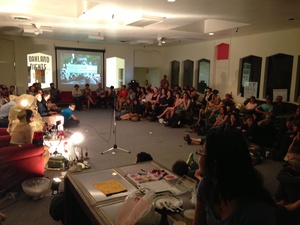