The Optimist Club has had several branches of Optimist International, which is a worldwide volunteer organization "whose Members work each day to make the future brighter by bringing out the best in children, in their communities, and in themselves." 1

The Oakland Optimist Club started in 1921. WWI flying ace Captain Eddie Rickenbacker and L. F. Dinkelspiel of H. C. Capwell's were charter members. 4 R. C. Bitterman was the first president. Abe Bekins of Bekins Storage was the first sergeant-at-arms. 5 Their regular meetings were held at the Hotel Oakland. When that was converted to a U.S. Army hospital during WWII, the club met at the Leamington Hotel, 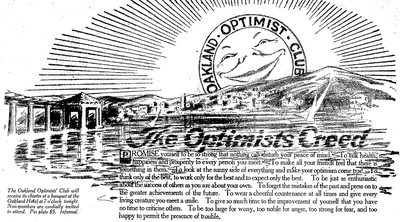 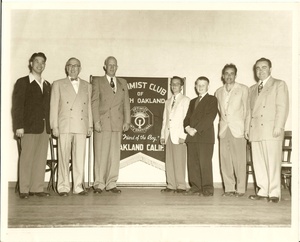 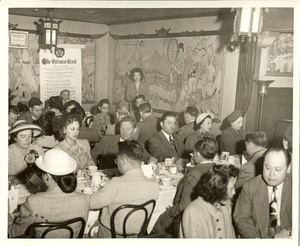