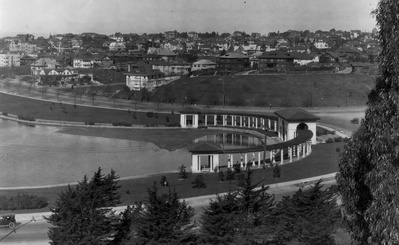 The Pergola and Colonnade was designed by architect Walter Reed in 1913. Located at the end of Lake Merritt's eastern arm, the structure was instituted by Mayor Frank K. Mott, along with other improvements. 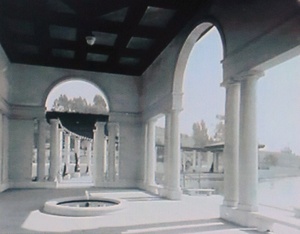 In November, 1912, Mr. R. T. Stratton wrote a letter informing the Oakland Park directors that his father told of a time when "sloops and freight boats received and delivered cargoes for the early settlers" at the site of the Pergola, and the Spanish called the landing 'embarcadero.'  Thus the structure acquired the name 'El Embarcadero' and although it is no longer referred to as such, the cross street was given the name in honor of the earlier title.

When the Pergola was first constructed there was a fountain in the center, and benches overlooking the Lake (see photo below).

Architecturally, the "arms" can be described either as pergolas in the form of colonnades, or as colonnades in the form of pergolas. (A pergola is a shaded walkway covered by an open lattice supporting woody vines.) The center and end structures, having closed roofs, might be technically described as loggia, pavilions, gazebos, or belvederes, but those terms are not used locally.

It was renovated as part of Measure DD in 2007. 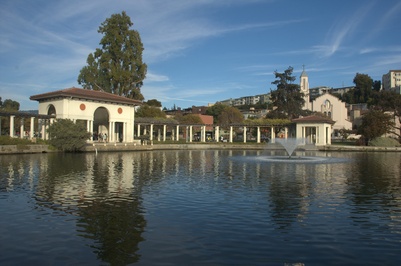 Pergola and Colonnade, Oakland, California
photo from Our Oakland 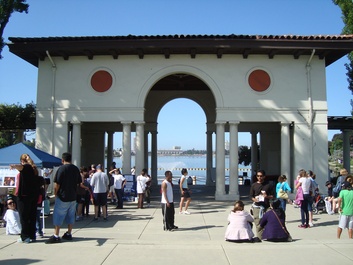