Update: This mural was buffed in June, 2015. Picture in the middle of the buff here.

The Oakland Stay Mural is by the TDK collective. Read about it at their gofundit.

The mural is located at 3rd Street and Washington in Jack London Square. It's the second version of the mural- the first was in San Antonio and was painted over.

The Stay Mural was the recipient of the East Bay Express Best A's Fan Art Award in 2014. 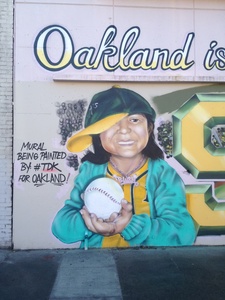 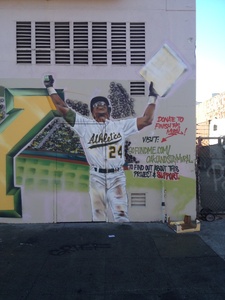