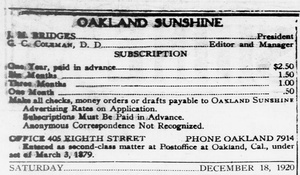 The Oakland Sunshine (1897-1923) was a weekly newspaper. It was founded and edited by John A. Wilds who was the first African American civil servant in Oakland: city hall's custodian and night watchman. The newspaper may have been taken over by the California Voice in 1917. 2,*

Delilah Beasley wrote for the Oakland Sunshine in 1915. 1 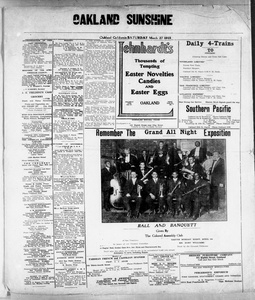