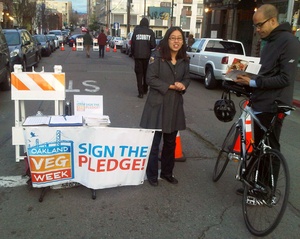 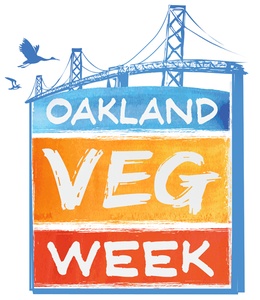 2014 Events are here. There are book talks, cooking demos, field trips and a night of eating on Friday!

Endorsers this year include:

A week’s worth of events to help community members learn about the benefits of a plant-based diet to our health, the environment and for animals. Participants are asked to pledge to be vegetarian for the week.

Oakland Unified School District will be offering meat-free meals throughout Oakland Veg Week and is encouraging students and staff to take the Veg Pledge!