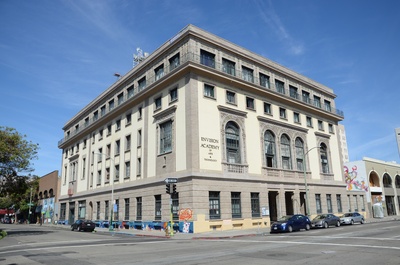 The Oakland YWCA building located at 1515 Webster Street, built in 1915, was designed by renowned architect Julia Morgan. Due in part to the Oakland YWCA's financial difficulties, the building was subdivided into two parcels in 2000, and the top two floors were sold to the California College of Arts & Crafts (now the California College of the Arts) for use as student dormitory space. This was not enough to save the organization, and in 2005 the Oakland YWCA was dissolved and the parcel containing the lower three floors of the historic Renaissance building was sold in 2007.

The Envision Academy of Art is the current tenant of the lower portion of the building. The 15th St. side of the building has a lovely undersea-themed mural painted along it as part of the Mural Lane project.

Renovation of this 1914 vintage building re-created the beauty of the design created by renowned Oakland architect Julia Morgan following damage suffered by the Loma Prieta earthquake.

LCA Architects was hired to prepare the background analysis and justification documents necessary to obtain FEMA funding, state historic preservation office approvals, and to design the restoration of the exterior facades and interior finishes and building code and ADA accessibility upgrades.

The ornate plaster capitals and wood embellishments were retained while the building’s structure was reinforced and its electrical and plumbing systems were replaced. Each plank in the 12 foot high paneling in the gymnasium was removed and catalogued to that it could be returned to its exact position. Original fixtures such as lighting, sinks and toilets were saved to retain the building’s historic fabric. Even the radiators in the building were retained. 1 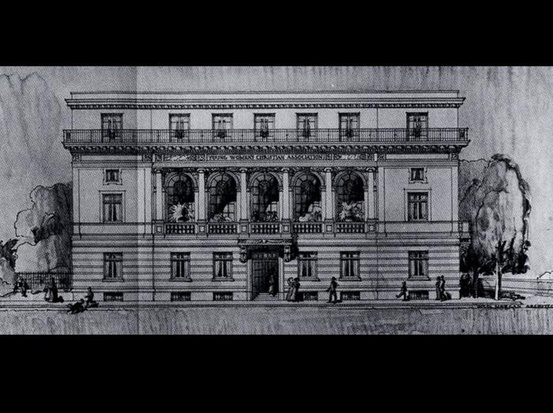 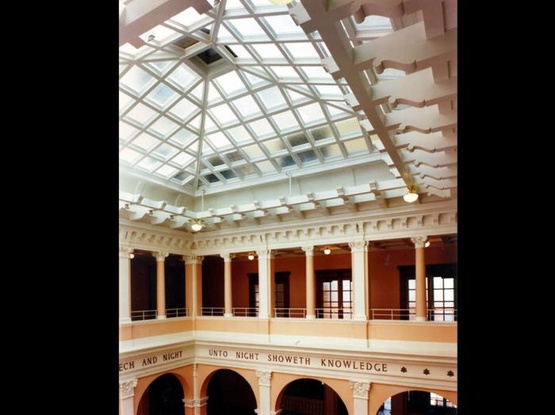