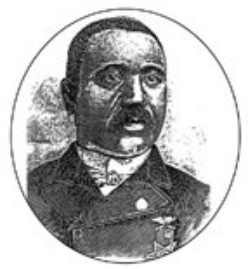 Obediah Summers (December 27, 1844–March 5, 1896) was born into slavery in Missouri, and his master paid for him to take his place in the Confederate army as a “servant”. Obediah was captured in 1862, and then enlisted in the Union army. He later became a minister, and served as the California State Legislature as its first black chaplain.

Obediah was forced to act as a “servant” for a Confederate officer. He was captured in 1862, and rather than return to Missouri a slave, enlisted in the Union army. Summers enlisted in the Union army on January 18th, 1864, in Wyandotte, Kansas. He served as a private in Company A of the 18th Regiment of the United States Colored Troops. From a Mountain View Cemetery newsletter article by Dennis Evanosky:

Obediah was on the battlefield on December 16, 1864, during the last major battle of the Civil War at Nashville. His regiment was part of the First Colored Brigade from the District of the Etowah, under Major General James B. Steedman. The 14th, 16th, 17th, 18th, and 44th U.S. Colored Infantry regiments made up the brigade commanded by Thomas J. Morgan. Steedman charged Morgan with attacking the Confederate Army’s right flank. Morgan gave Major L. D. Joy, Obediah’s commanding officer, the responsibility of defending the 20th Indiana Battery on the battlefield.

After sharing in the Union victory, Obediah’s regiment accompanied the First Colored Brigade into Alabama. The brigade was disbanded on January 12, 1865.

Obediah mustered out on February 21st, 1866, in Huntsville, Alabama.

According to Mountain View Cemetery by Dennis Evanosky, the Emancipation Proclamation only applied to slaves in the Confederacy, not in border states like Missouri where Obediah lived. “As a result, Obediah’s owner, Lina W. Roberts, was able to apply for compensation—$300—when Obediah joined the Union Army. The federal government suspended the law allowing for such compensation in 1867 and denied all such claims.”

Obediah later became a minister in the African Methodist Episcopal Church. He married Elizabeth in 1871 and worked for the church in Nebraska in 1884. Obediah transferred to California, where he was put in charge of the Marysville circuit. He moved to Oakland in 1890 and built and took charge of the “Old Bethel” church on 15th Street. He also served as the California State Legislature’s first black chaplain.

Summers built two homes for his family that still stand on 32nd Street in Oakland. Records indicate he had a scar on his left thumb, and stood 5′8½″ tall.

Summers is buried in Mountain View Cemetery in the Grand Army of the Republic plot. He wasn’t originally buried in the GAR plot, but Obediah’s great granddaughter Myrna Adams petitioned to have his remains moved. 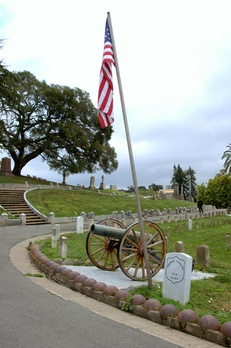 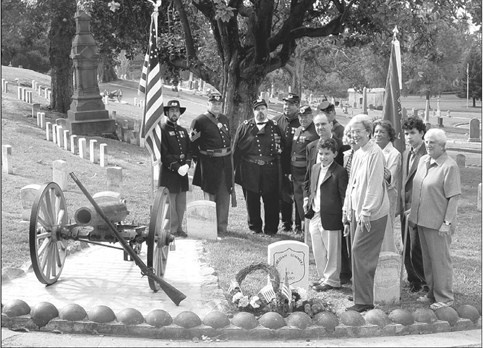 Myrna Adams, Obediah Summers’ granddaughter, joins family member in honoring her grandfather at his grave in Mountain View Cemetery. Members of the Sons of the Union Veterans of the Civil War conducted re-interment ceremonies on the day this black Civil War veteran came home to rest with his fellow Union soldiers. 1 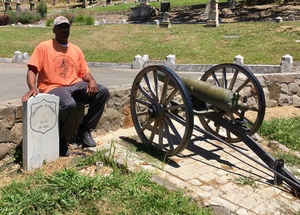