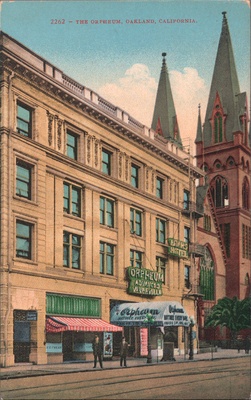 from Museum of Performance and Design, Performing Arts Library via Calisphere 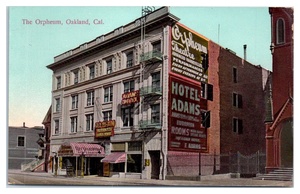 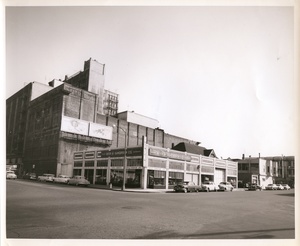 1918 ad 3The entrance to the Orpheum Theatre was at 568 - 12th Street between Clay and Jefferson, although the building itself backed up to 13th Street. It opened in 1907, with Mayor Frank Mott and Judge Henry A. Melvin among the speakers for the opening night festivities. The mayors of Berkeley and Alameda were also in attendance. 1 The theater was designed by Walter J. Mathews and had an entrance through the Hotel Adams building. It featured Vaudeville acts and had daily matinees.

According to Theatres of Oakland, it was a popular destination, but it was never a financial success. When the first Fox Theatre in Oakland was re-named the Orpheum in 1925, this theater was renamed the 12th Street Theatre, and later the 12 Street Follies. 2 The theater closed in the 1930s and the building stood vacant until 1958 when it and the Hotel Adams were both destroyed by a large fire while the buildings were in the process of being demolished to make way for a parking lot. 4 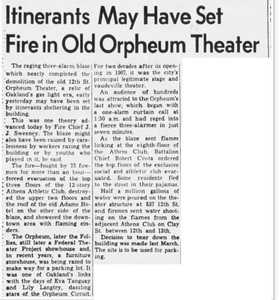