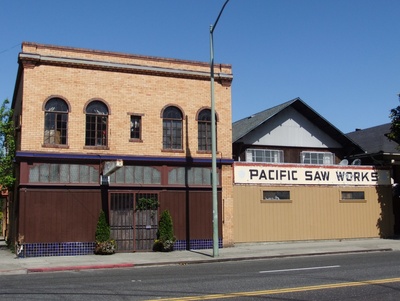 CC SA-BY Our Oakland
Pacific Saw Works was a saw business at 4401 Martin Luther King, Jr. Way (formerly Grove Street), founded in the 1930s by an Italian immigrant, Alexander J. Ponchione. Today the building is home to artists' studios, and is owned by the granddaughter of the founder.

Based on advertisements, they were selling chainsaws and lawnmowers from at least 1950 to 1976. The word 'lawnmowers' is faintly visible on the saw-shaped sign. 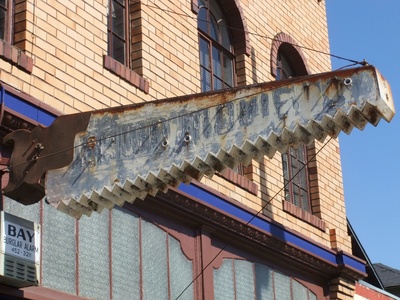