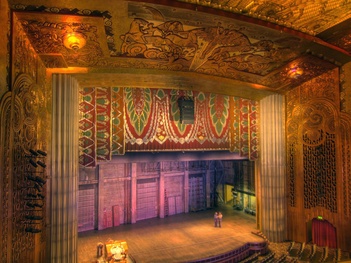 The Paramount Theatre is a bad ass Art Deco performing arts and movie palace with seating for 3,434, located in Downtown Oakland, California.

Architect Timothy L. Pflueger designed the Paramount, although the architectural firm of J. R. Miller & T. L. Pflueger oversaw the project. Construction on the theatre began in late 1930 and was completed in 1931, with the grand opening on December 16, 1931.

The building fell into a state of disarray for three decades until it was purchased by the Oakland Symphony Orchestra Association in 1972, which completed the restoration of the building.

On January 7, 1975, the Paramount Theatre was designated an Oakland Landmark, under Zoning Case #LM 74-335. In 1976 the theatre was listed on the National Register of Historic Places, as well as listed on the California Historical Landmarks. 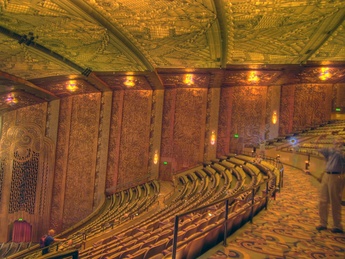 View of some of the seating. Photo CC-BY BWChicago. 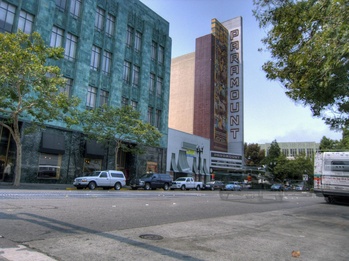 Outside the theatre. Photo CC-BY BWChicago. 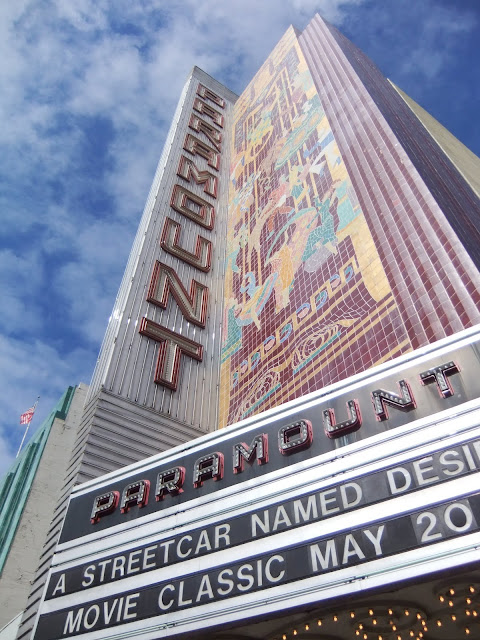 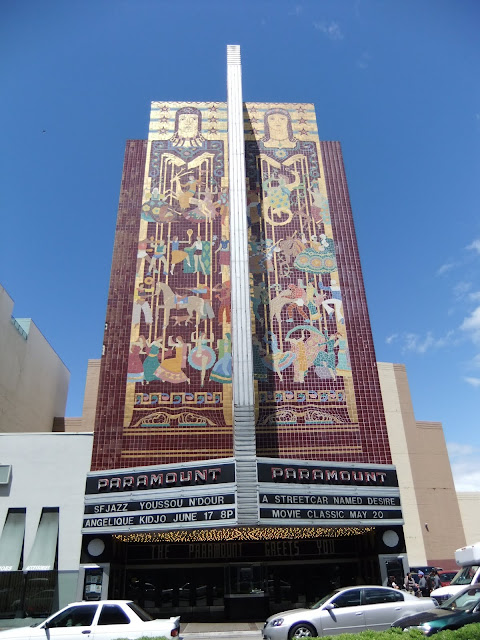 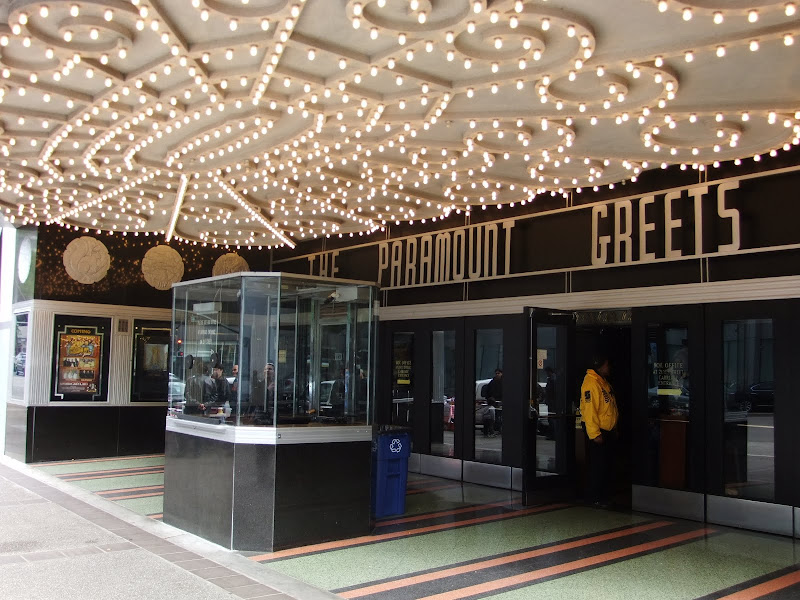 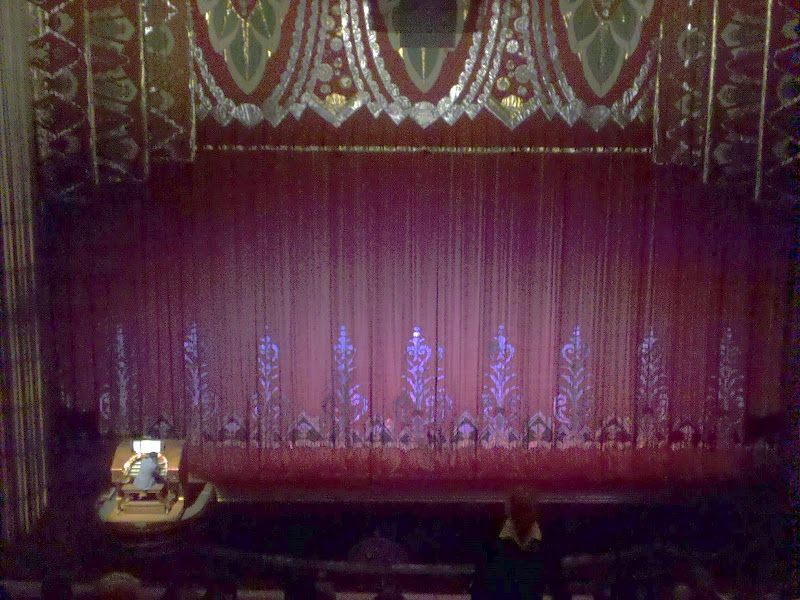 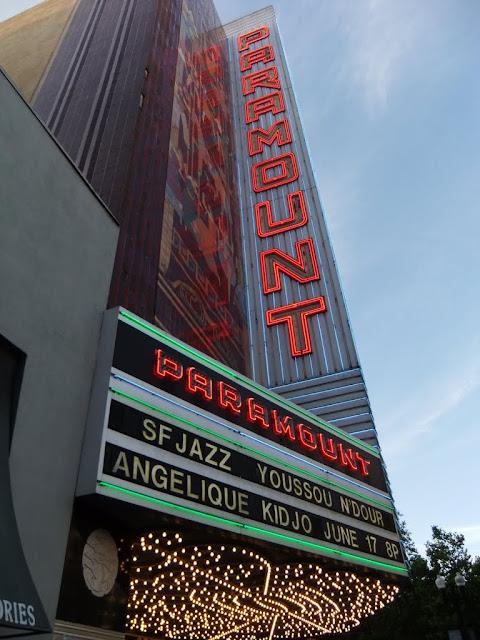