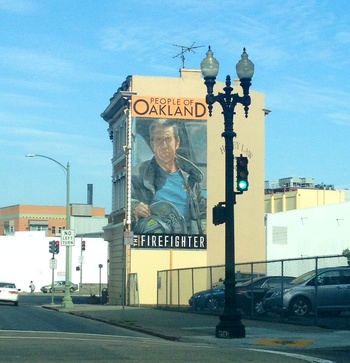 The People of Oakland mural is an ongoing series of murals by father and son team Michael and John Manente. The murals feature various people in Oakland representing different aspects of the community and are painted on the side of the Haley Law Office building at the oddly-shaped intersection of Clay, 17th Street, and San Pablo Avenue. 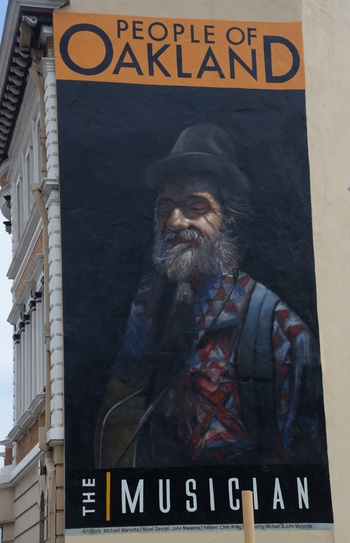 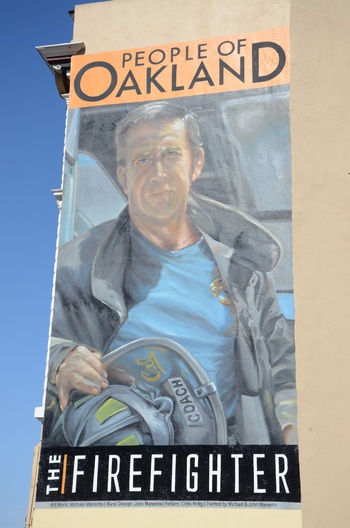 The Firefighter is the 4th in the series. 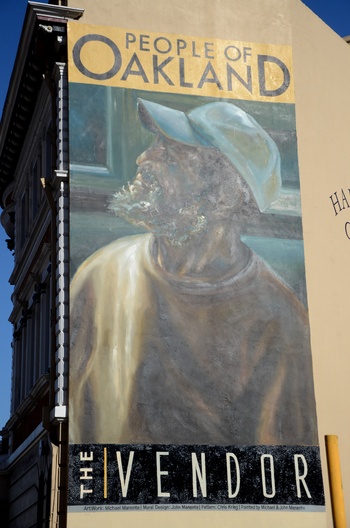 The Vendor is the third in the series. 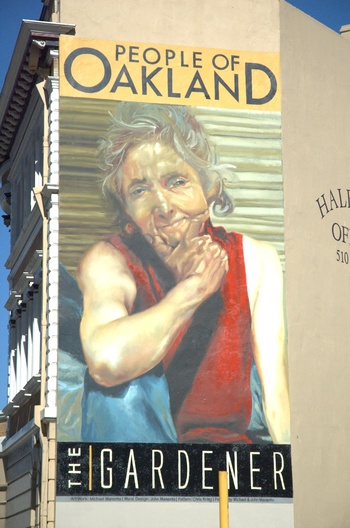 The Gardener was the second in the series. 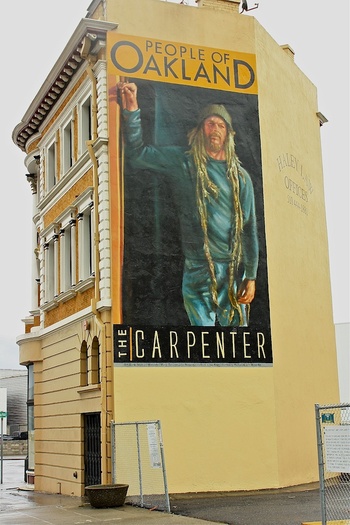 The Carpenter was the first in the series, and was painted in 2011. [ it would be great to get a CC picture of The Carpenter to include here ]

Timelapse of it being painted: