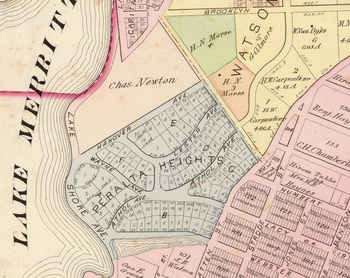 Peralta Heights was a small neighborhood in what is now better known as Cleveland Heights.

Prior to being shown on an 1877 map, the area was owned by Charles Newton and was mostly unimproved. He purchased the land shortly after arriving for $7,000. In 1877, the Newtons sold the land for $83,000. 4 The 1899 Dingee map shows it subdivided, and the area north of Hanover belong to Jane Newton, his wife, as Charles had died in 1894.

In 1916, there was a Peralta Heights Improvement Club with an office on the corner of Park Blvd.

Although the map development map shows a small area, Peralta Heights was sometimes used to refer to much of what is now Cleveland Heights. Cleveland Street appears as Peralta Street on the 1899 map and earlier.

NB: not to be confused with the Peralta Heights neighborhood in San Francisco, near Bernal Heights. 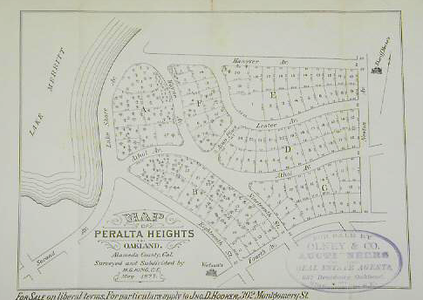 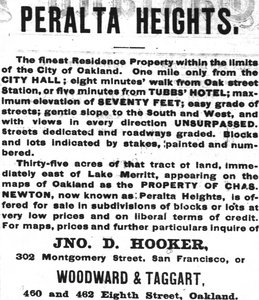