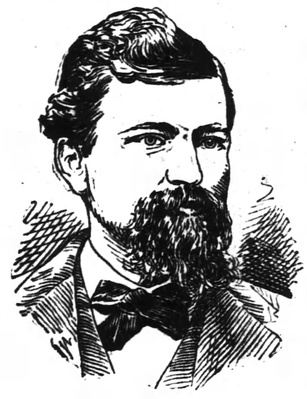 Pumyea was born May 17, 1844 in Fulton County, Illinois, into a farming family with 4 boys and 4 girls. In 1854, the family came to California via Panama, where they settled in Marysville, CA. Peter married Lorain Turner (Pumyea) in 1877, but they had no children. 3

In October 1881, he was elected [ or appointed? ] Chief of Police, then called Captain of Police.

Pumyea suffered from dropsy (edema), and died after a lengthy illness. His funeral was one of the largest in Oakland, and the procession was lead by the chief of police and a platoon of officers. It also included representatives of various fraternal organizations. He was buried in Mountain View Cemetery. 2