In September 2016, Family Friendly Oakland was selected out of over 1,000 submissions as a KaBoom Play Everywhere Challenge winner for their Play Oakland Mosaic Trashcan proposal.  10 mundane trash cans at bus stops and busy intersections will be adopted through the City’s Adopt-A-Spot program, and community artists Juan Lopez ofNew World Mosaics, Roberto Costa and Lena Toney will tackle boredom and blight by transforming them into playful and engaging mosaics in North Oakland, West Oakland and Chinatown. The artists will work with community leaders and volunteers to design and install the mosaics. By adding color, art and whimsy, the mosaics will encourage conversation and inquiry for kids and adults.

This Play Oakland project adds two new twists to the local Oakland Tile Mosaic movement: led by parents and passionate volunteers in the community, artists will engage low-income neighborhoods where residents have not had the resources to self-fund these projects but do have the community interest. And, unlike existing trash can mosaics, local artists will focus on creating kid friendly designs that re-enforce early childhood development concepts and foster local and cultural pride.

This project is intended to inspire a real transformation to make play and community action a way of life for all Oakland kids and families. Project organizers want Oakland to be known as a city that celebrates children and youth and inspires them to make our city better. 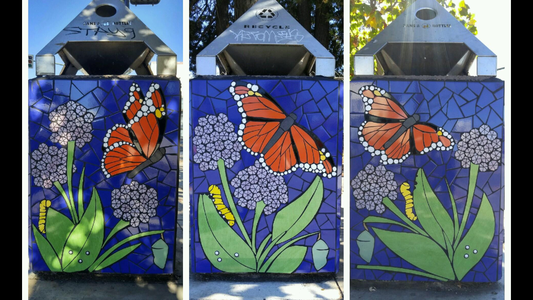 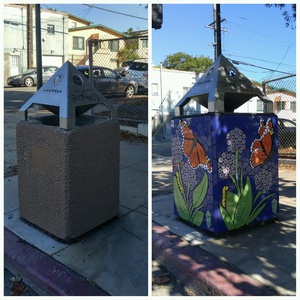 Before - After
By New World Mosaics 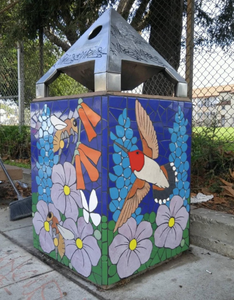 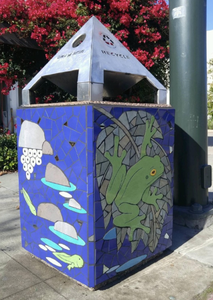 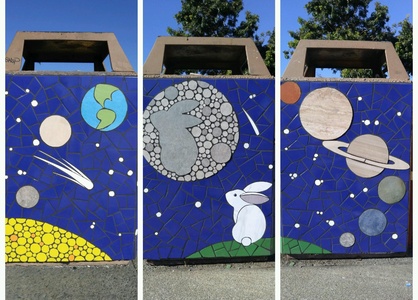 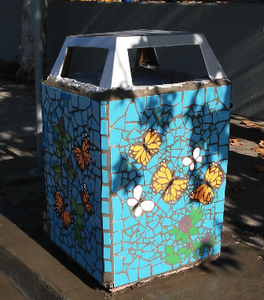 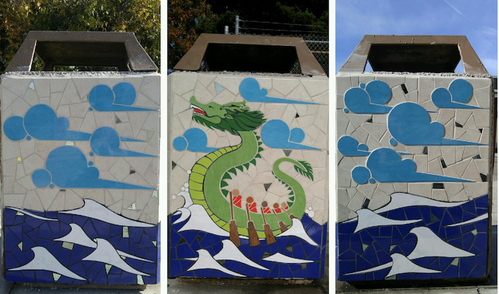 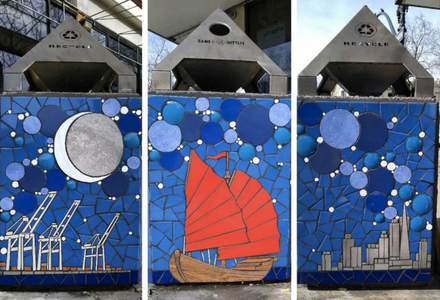 A Junk Boat, honoring the migration from San Francisco to Oakland after the Great Quake and Fire of 1906 -  8th Street at Broadway, By New World Mosaics, Installed February 2017 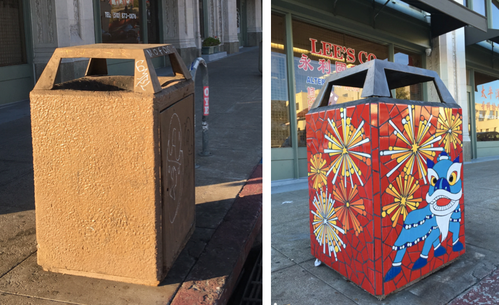 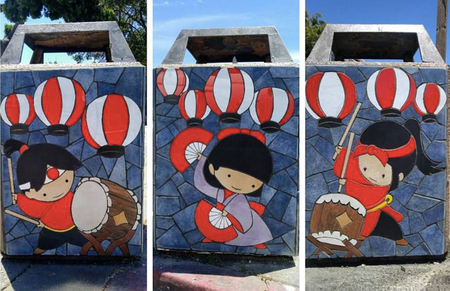