There are pocket libraries popping up all over Oakland! 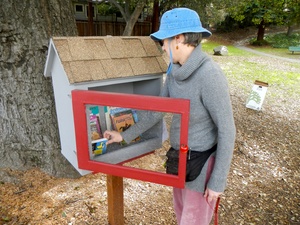 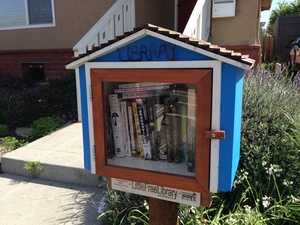 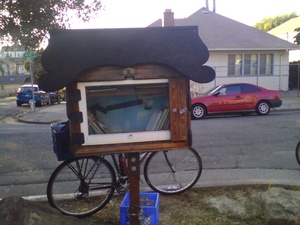 12th and 20th pocket library. It's on the same intersection as the Quan Am Tu Shrine. (by mk30) 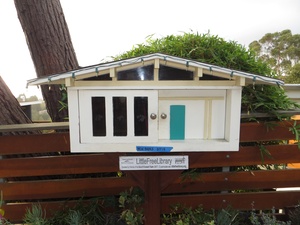 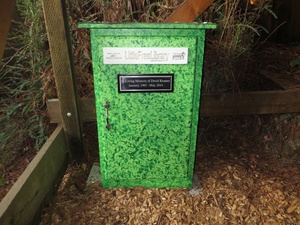 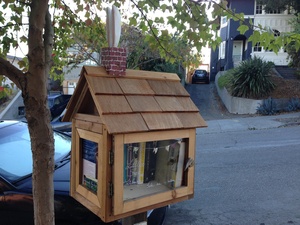 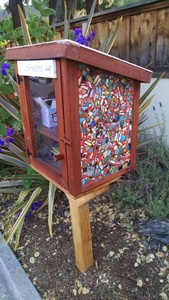 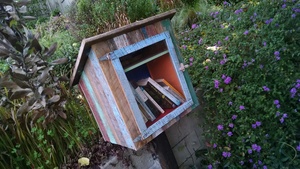 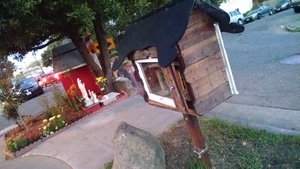 Another image of the Little Free Library at
12th and 20th. The Quan Am Tu Shrine
is visible in the back.
Photo courtesy of Oakland Originals

There was an article in Oakland magazine in January/February 2014 about the little libraries, which are called "Little Free Libraries." The article credits Joe Hellerstein with bringing the libraries to the East Bay from Wisconsin and making the first official library in the east bay in April 2012. The article says there are 5 official libraries in Oakland, but there are now more than 20 of these libraries in Oakland. Many of them are listed on the Little Free Library website's map at http://littlefreelibrary.org/ourmap/ (there are also some unofficial little libraries which are not registered at the website or listed on the official map) 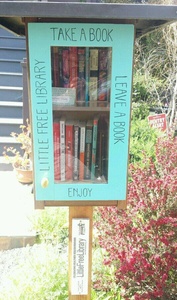 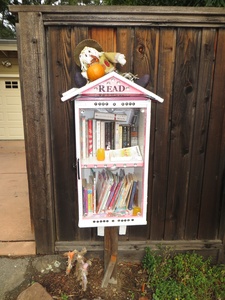 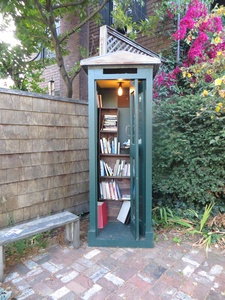 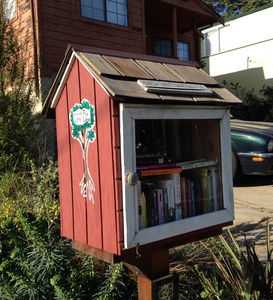 Little Free Library #1009 at 3939 Maybelle Ave, photo courtesy of Berkeley Little Free Libraries
Little Free Libraries appear to be a sort of "official" type library: you can build one or order premade ones from the LFL website www.LittleFreeLibrary.org. Pre-made libraries range from $160 to $600.
Picture of one in North Oakland.
Blog.
Oakland Tribune article