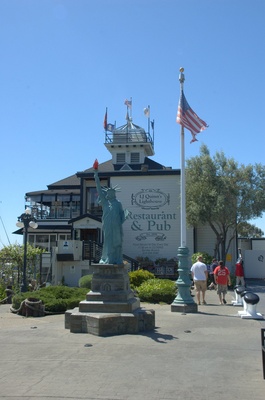 Quinn's Lighthouse is a bar & grill on the Oakland waterfront near Brooklyn Basin in Embarcadero. The building was originally the Oakland Harbor Light. That was replaced with a more modern automated beacon in 1966 and deactivated. The website says 1965. Comments on Facebook indicate it was moved to an interim location first. The building was eventually sold and moved to current location, and in the 1970s became Quinn's Lighthouse.

The bar upstairs is kind of a glorified dive bar. There is sawdust on the floor and sometimes live music. 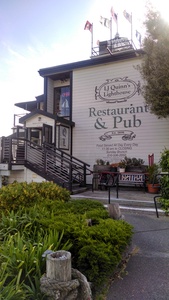 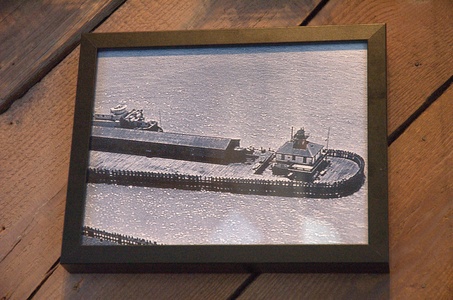