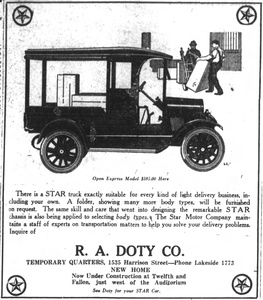 R. A. Doty Star Cars was an automobile dealership at the corner of 12th Street and Fallon which sold the Star line of Durant Motors automobiles. The dealership was owned by Royal A. Doty, who had previously sold General Motors cars in Nebraska.  It was designed by W. K. Owen, 1 who also oversaw the construction. 2 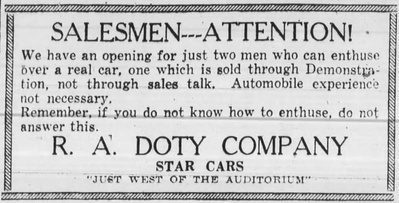