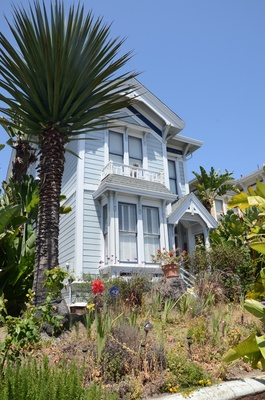 The 1887 City Directory, under Notaries Public for Alameda County, has George W. Reed of Oakland listed, with his commission expiring May 3, 1888.

George W. Reed, of Moore & Reed is listed in the 1887 City Directory as living at 974 Sixteenth, so it would appear he was an attorney. His partner was A. A. Moore, who resided on the corner of Sixth Avenue and East Twentieth Street, and was the President of the Oakland Bar Association.

The offices of Moore & Reed, attorneys-at-law, were located on the SE corner of Ninth and Broadway.

There was also a listing for Etta Johnson, domestic (servant) living in the Reed home at 974 Sixteenth Street address.

Hmmm, found a listing for George D. White, manager of Murphy, Grant & Co., in San Francisco, at 974 Sixteenth, but why would he be living in the Reed House?

In an 1892 directory and in the 1900 census, Edward T. Henshaw (of Taylor & Co.) was listed as living at this address.Mr. Henshaw passed away in 1904. Edward Henshaw's brother, Frederick Henshaw, later served on the California Supreme Court.  See the Alameda County Law Library page.

Paul Cobb of the Oakland Post News currently lives there. 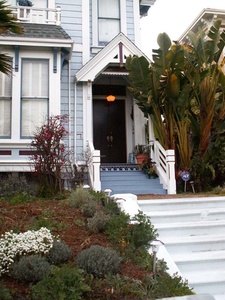 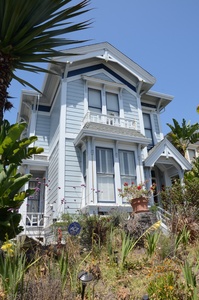