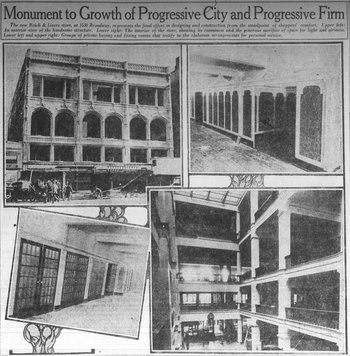 Reich and Lièvre ("say Rich and Lee-avre" 2 or "Rich and Lee-ā-ver" 3 according to different ads) was a California chain of women's clothing stores, with a presence in Oakland from 1916 to 1927.

The chain was started by Maurice Reich and George Lievre in San Francisco in 1913 as the New York Cloak and Suit House. 7 By 1916, there was a shop at 1212 Washington St. in Oakland. 1 According to Wikipedia, Reich bought out Lievre in 1920. 4 In 1922, a new, larger store was opened at 1530 Broadway in the newly constructed Capwell Building. William Knowles was the architect. 5

The company went out of business in 1927, and the Broadway store was taken over by another women's clothing store, the House of Bedell. 6 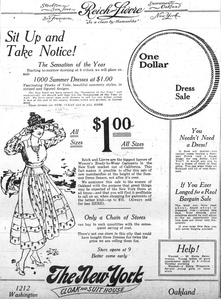 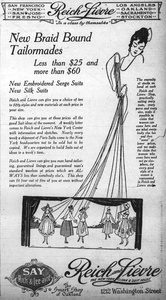 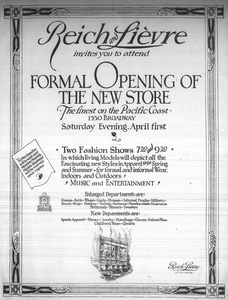 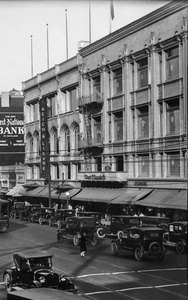