The Remillard Brick Company was started by some of the eleven Remillard siblings who came to California from Canada following the Gold Rush. First in the Bay Area was Hilaire (Philip-Hilaire) Rémillard who had learned brick making in Boston. He arrived in California in 1854, working in mining in order to earn enough money to bring two of his brothers, Pierre-Nicolas “Peter” Rémillard and Edouard "Edward" Rémillard, to California.

In 1854 he came west via Panama, and went to work in the mines near Auburn. By 1864, Hilaire was involved in brick making in a very modest way and he and his brothers had established the Remillard Brick Company in what was then Brooklyn. The Remillard Brick Company was extremely successful, and in 1879 the company produced 45 million bricks annually and had 400 employees. 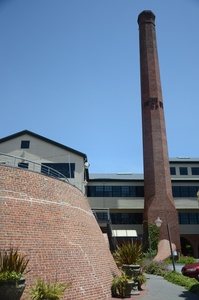 Remillard kiln in Larkspur
CC SA-BY Our OaklandIn some references, the company is called Remillard and Brothers. Over the years the company expanded to other Bay Area cities, including Pleasanton, San Francisco, and the brick kiln visible when driving between San Quentin prison and Larkspur landing in Marin County.

Peter Remillard was also an inventor of a new process of brick making. He lived in the Remillard House that is currently a part of Preservation Park.

The 1884-1885 Husted's directory lists Peter N. Remillard as the president, and Edward and Hilaire as directors. Théophile Lamoureux is listed as the vice-president of the company, and Phidias (Phineas H.) Lamoureux (living at the same 964 Jefferson address) as the secretary. Théophile married sister Marie-Celina Rémillard (Lamoureux). Phineas married sister Marie-Judith Rémillard (Lamoureux) in 1882, but thinking he had stomach cancer, committed suicide in 1898, leaving Marie-Judith (1853-1932) with 3 children: Eva-Reine (1884-1969), Laura (1890-1987) and Henry-Philias (1892-1947).

After Peter Remillard died in 1904, his wife Cordule and daughter Lillian took over operating the Remillard Brick Company.

The 1908 Oakland directory lists E. H. Horton as the president and manager and J. P. Gelinas as the secretary, and describes the Remillard Brick Company as "Manufacturers of Brick, Dealers in Cement, Lime, Sand and Plaster". Their address was the NW corner of Clay and 2nd Streets, and they also had an office in San Francisco.

Over the years, the Remillard Brick Company furnished bricks for the construction of many Oakland and San Francisco buildings, with the Oakland Tribune citing that at one time, every brick building in Oakland was built at least in part with Remillard Company bricks. Ironically, neither the family mausoleums nor the Peter Remillard house is made of brick. 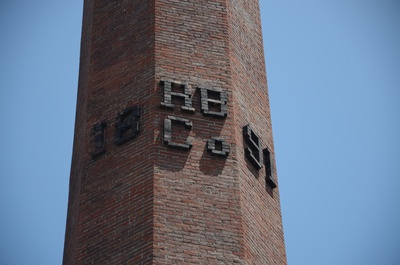