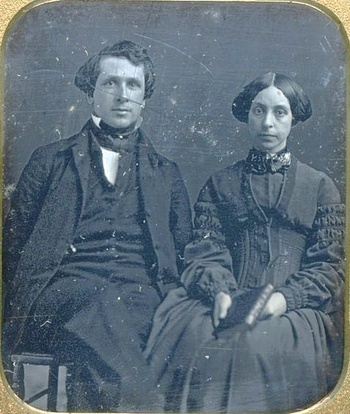 Walsworth was born in 1819 in Cleveland, OH. He graduated from Union College in 1844, then attended seminary at Auburn Theological Seminary, and the Union Theological Seminary in New York. He accepted his first call to Avon, NY, where met his wife Sarah A. Pierson (August 9, 1829-1912). They married in 1849. The Walsworths left for California in 1852, sailing around Cape Horn on the Trade Wind.

E. B. Walsworth returned to New York in 1872 (after the Pacific Female College closed?)

E. B. Walsworth owned land in what is now Harri/Oak - Glen Echo - see City Homestead blog. Part of Harrison Street was called Walsworth Street until 1925. An interesting thing is that a 1911 map shows it as part of Harrison, but later maps (e.g., 1918 Vander Naillen map) go back to Walsworth until after 1925.