The Rialto Theatre was at 2723 San Pablo Avenue, built in 1917. It was closed after an ugly incident in 1956 where an OPD officer was beaten and a spectator stabbed following a brawl. 1,2

According to the Theatres of Oakland, it had 740 seats and was called the Avenue when it first opened, and a candy kitchen and a restaurant occupied the storefronts. 3

The 1967 directory lists New St. Paul Baptist Church at the address. The building still stands, and is currently home to the Miraculous Word Christian Center. 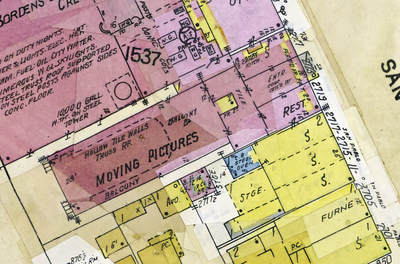