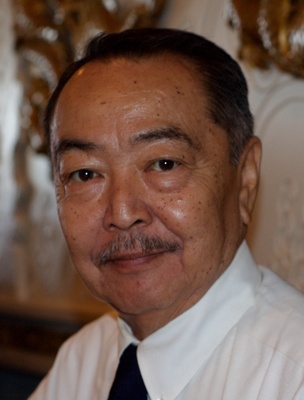 Aoki was born in San Leandro to Japanese parents, and spent his early childhood in the Topaz War 'Relocation Center' (e.g. internment camp) in Utah from 1942–1945. After being released at the end of the war, the family moved to Oakland. Aoki attended Merritt College for two years, where he met and became friends with Huey Newton and Bobby Seale, the founders of the Black Panthers. He then transferred to UC Berkeley.

Aoki was promoted to Field Marshal in the Black Panther Party, and was the highest non-black in the party. He was a life-long proponent of people seeking higher education.

In 2012, the FBI released papers showing Aoki was an FBI informant, but Aoki was also providing guns and weapons training to the Panthers at the same time. 1

Aoki died in 2009. Initially it was reported he died from complications from dialysis, but later it was revealed he died of a self-inflicted gunshot wound. Aoki's remains are interred in Chapel of the Chimes.

He has been the subject of a biography, Samurai Among Panthers, as well as a documentary film, Aoki.