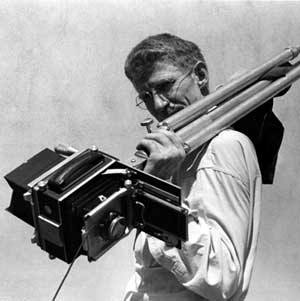 by Dorothea Lange, from OMCA Collections

Rondal Partridge (September 4, 1917 – June 19, 2015) was a noted photographer. He worked as an assistant to Dorothea Lange and Ansel Adams, and was the son of Imogen Cunningham and Roi Partridge (an etcher who taught at Mills College).

[Ansel] Adams "always jumped over the fence…walked past the garbage. He always wanted to get an immaculate view," his student [Rondal Partridge] once said, "and I spent my life stepping back to include the garbage in my photographic view." 1

Rondal was raised in Oakland along with his twin brother, Padraic, and was a graduate of Oakland High School. 5

Partridge got a job with the National Youth Administration, a New Deal program, and shot numerous photos around Oakland and California documenting life as people transitioned from the Great Depression to WWII.

Perhaps Partridge's best-known photo is called "Pave it and paint it green", showing a parking lot full of cars and Half Dome in Yosemite in the background, shot in the 1960s. 4 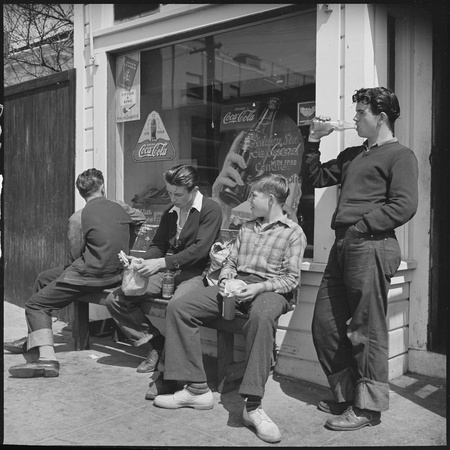 "Pave it and paint it green" - OMCA Collections 4