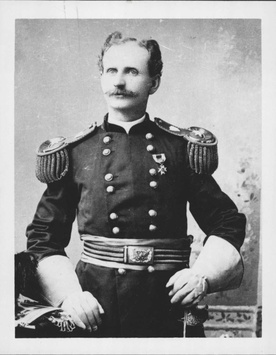 Rossell Galbraith O'Brien (1846 – 1914) was a 2nd Lieutenant during the Civil War. He later became a Brigadier General who originated the custom of standing during the rendition of the Star Spangled Banner. 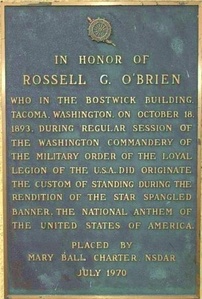 O'Brien was elected the 15th mayor of Olympia, Washington in 1891.

According to the Washington National Guard Pamphlet "General O'Brien was born in Ireland in l846. He first entered the military service as a private in the Ellsworth Zouaves (Governor's Guard) of Chicago in 1862, serving until 28 April 1864 when he enlisted in Co. D, 134th Illinois Volunteer regiment. He was appointed 2nd Lieut. in this regiment on May 31, 1864 and served with this regiment in the Summer campaigns in Kentucky until Sept. 1864. He was then ordered to St. Louis with this regiment and served in the campaign against the rebel General Price in Missouri. He was honorably mustered out of the Volunteer service on October 25, 1864. He served as a First Lieut. of the Governor's Guards of Chicago from 1865 to 1870 when he came to Washington Territory with newly appointed Governor Edward S. Saloman. He was appointed Deputy Collector of Internal Revenue in 1871 and later served as Chief Clerk of the House of Representatives of the Legislative Assembly. He served on the City Council of Olympia from 1886 to 1888 and as Mayor in 1891. In the meantime he served as Clerk of the Supreme Court and as Quartermaster and Adjutant General of the Territorial Militia from 1880 to 1895 when he was placed on retired list. He is credited with being the "Father" of the National Guard in Washington."1

He is buried in Mountain View Cemetery, Plot 6. 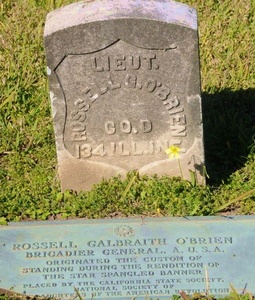